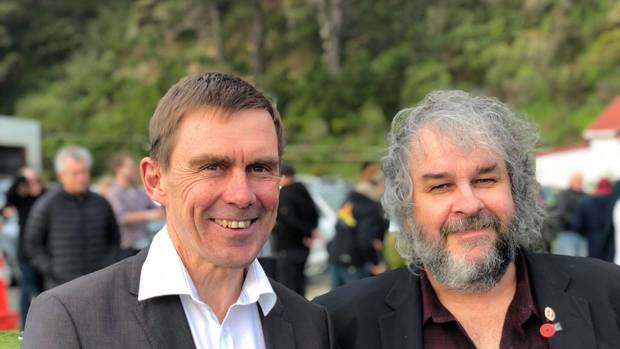 Foster has been confirmed as mayor with 27,364 votes, compared to former mayor Justin Lester who received 27,302.

Foster has been a Wellington City councillor since 1992, and has run for mayor twice in the past without success.

"This is the first time I've had the resource come behind me. Clearly I'm seen as the person who represented a chance for change and getting things done and hopefully that carries through to the finish line," he told the New Zealand Herald after the progress results were released last week.

Foster made headlines when he announced film mogul Sir Peter Jackson was supporting him in his mayoral bid.

He launched his campaign at the site of a controversial housing development proposed for Shelly Bay on the Miramar Peninsula - which both Jackson and Foster strongly oppose.

The final vote count, which was released today, has not resulted in any changes to the preliminary results.

Meanwhile a future as a "professional Mt Victoria tunnel tooter" or "capybara tamer" may be a career option going forward for outgoing Lester.

At the top of Lester's list was an "extra on Lord of the Rings" - but that had been crossed off.

Other options for Lester's future career included being a World of Wearable Art model, a bus driver - as apparently there's a shortage - and a light rail cab driver.

Lester said the list was a little bit of fun and self-deprecation.

"I've had a lot of people reach out to me in the past week and say, look we know you'll go on to do good things... it's also nice to just show a little bit of humour."

He said capybara tamer was an option because, "how could you not love an animal that looks part guinea pig, part rat that's the size of a miniature horse and can run like the wind?"

"I've subsequently had the zoo reach out and said I might be able to borrow the capybaras for a weekend, we could pop in and do some selfies with the capybaras."