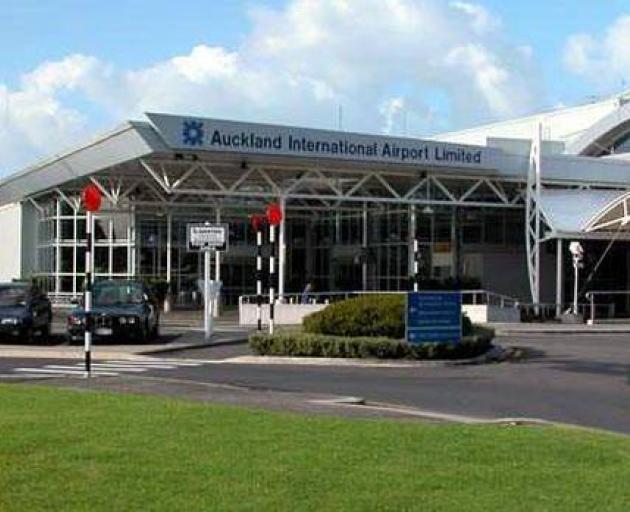 A woman has been stopped and arrested at Auckland Airport over student loan debt.

The Herald has been told the woman had been in New Zealand visiting her unwell mother, and was arrested on Friday as she attempted to fly out of Auckland Airport to the United States.

She spent a night in jail, it's understood, before staying in a hotel over the weekend and appearing in court on Monday.

The arrest continues a hardline policy introduced under the previous National Government. Student unions have criticised the border arrest policy as draconian and likely to make overseas Kiwis "student-loan refugees" - unable to return home for weddings, funerals or other important events.

The Inland Revenue spokesman confirmed an arrest happened in the past week, but said further details could not be released because of tax secrecy provisions.

"While Inland Revenue has the authority to apply for arrest warrants for student loan defaulters leaving the country, this is very much an action of last resort after all other avenues have been exhausted," the spokesman said in a statement.

"The best advice we can give overseas based borrowers it to pay any outstanding amounts. If that is not possible, we encourage borrowers to talk with us about their situation. Our staff are always willing to help and we have various relief options available to help manage repayments for those who are in a position of hardship."

There have been nine arrest warrants executed since a 2014 law change allowed student loan defaulters to be arrested at the border. That number includes five arrests since Labour came to power.

Those arrested have now repaid more than $30,000 between them but that is only believed to be part of the amount they owe.

Last year Education Minister Chris Hipkins said the arrest policy wouldn't have been something he would have introduced, but it would stay in place because repealing it wasn't a legislative priority for the Government.

All student loan borrowers had interest added to their loans each year until April 2006. Since then the loans have been interest-free for borrowers who stay in New Zealand, but interest is still charged for those living overseas - about one-seventh of the more than 700,000 people with outstanding loans.

About 70 per cent of overseas borrowers with overdue payments are in Australia, and the Government now has an information sharing arrangement with the Australian Taxation Office to identify them.

The first border arrest happened in January 2016. Cook Islands man Ngatokotoru Puna, 40, was arrested as he tried to leave New Zealand. Puna claimed the IRD had sent reminder letters to the wrong address. He borrowed $5000 from his parents to pay the IRD before it was satisfied he could leave the country.

A hardline law change in 2014 allowed people who had defaulted on student loan repayments to be arrested at the New Zealand border. Arrests since then include:

These poor hard done by student loan refugees could just pay back their loans. Or is that just too unfair these days where people have to be cosseted in cotton wool and no decisions they make are their fault?

Compounding interest makes that not possible.

Not all 'young'. The NZ pension is garnisheed for loan repayments.