English quits out of blue

By Dene Mackenzie
0 Comments
National Party MPs will spend a few more tense hours as the potential leaders of the party to replace Bill English announce their intentions.

Key to becoming the next leader of the National Party will be gaining strong support from some of the new backbench MPs who will be eyeing up their futures.

Allegations have already been made publicly about Hutt South MP Chris Bishop's use of social media, now looking like a hit job by one of his colleagues feeling threatened by Mr Bishop's high political profile. 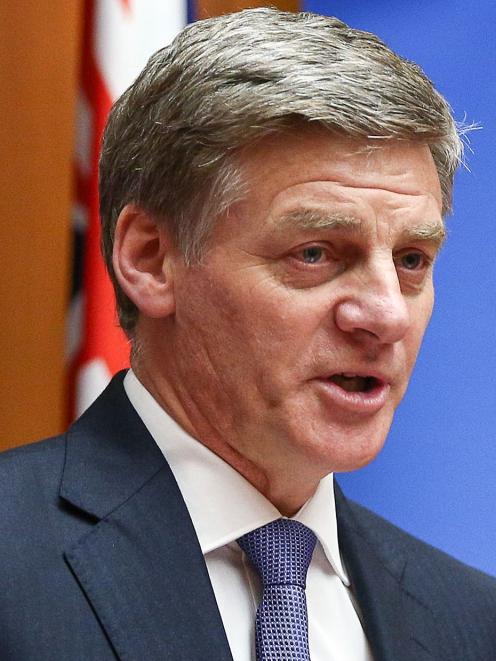 Promises will be made to all MPs about future roles and, depending on whether those roles are acceptable, a new leader will emerge faster than the February 27 date when Mr English officially retires as leader.

The front-running MPs will need someone prepared to do the numbers for them, counting and compromising in the first legitimate candidate contest in National since Don Brash rolled Mr English in 2003.

Mr English caught many of his caucus colleagues off guard yesterday when he announced his resignation without warning. He will deliver his valedictory speech on March 1.

Only a close group of friends and colleagues were aware of his intentions with sources telling the Otago Daily Times there was not a hint of resignation talk at the recent two-day caucus retreat in Tauranga.

Mr English said at a press conference in Parliament it had been an enormous privilege to serve New Zealanders since being elected to Parliament in 1990.

Over a 27-year stretch, Mr English said, he had been privileged to work alongside so many different people to help improve New Zealand.

National's two-day caucus meeting last week confirmed to him the National team had the talent, the ideas and the energy to return to government in 2020.

``It's important National's new leader has the time and the best possible opportunity to achieve that.

``So I believe now is the right time to step aside and to embark on new personal and professional opportunities.''

Despite National winning the largest party vote in the September election, Labour, New Zealand First and the Green Party formed the Government, leaving National supporters to mourn about the ``coalition of losers''.

Mr Key endorsed Mr English as his replacement although then health minister Jonathan Coleman and then revenue minister Judith Collins put their hands up.

It soon became obvious Dr Coleman and Ms Collins had little show and the transition to Mr English was seamless and with the minimum of bloodletting in caucus.

The ODT was told people love and hate Ms Collins and Mr Bridges in equal numbers in caucus and Ms Adams could come through as a compromise.

Outside chances, who might be in the running for deputy leader, include Todd Muller and Mark Mitchell.

Fendalton MP Gerry Brownlee has played pivotal roles in past leadership changes and can be expected to play a strong role this time around.

Deputy leader Paula Bennett is not likely to retain her role.

The new National party leader will need to battle the continuing popularity of Prime Minister Jacinda Ardern who is due to have a baby later this year.

The overwhelming goodwill associated with the birth of Ms Ardern's first child with partner Clarke Gayford will not make it easy for a new party leader.

It was put to the ODT it was more important to get gender balance for National now rather than geographical balance.

National often appoints a leader from one island and a deputy from the other. Mr English was a compromise who lived in Wellington but was seen as a South Islander.

If either Ms Adams or Ms Collins win the leadership race, they are likely to take on a male deputy.

None of National's other MPs have publicly made an noises about retiring during the next term.

However, if the new leadership does not suit them, announcements are likely to be made in late March.

Possibilities for leaving include long-time friend of Mr English, Nick Smith who would cause a by-election, and list MPs Steven Joyce and Chris Finlayson.

• Simon William ‘Bill’ English has been in Parliament for 27 years.

• Led National in 2003 to its worst general election performance; replaced by Don Brash.

• Became prime minister at the end of 2016 when Mr Key stepped down.

• In the 2017 general election, National won 56 seats in parliament but could not negotiate a coalition to remain in government.