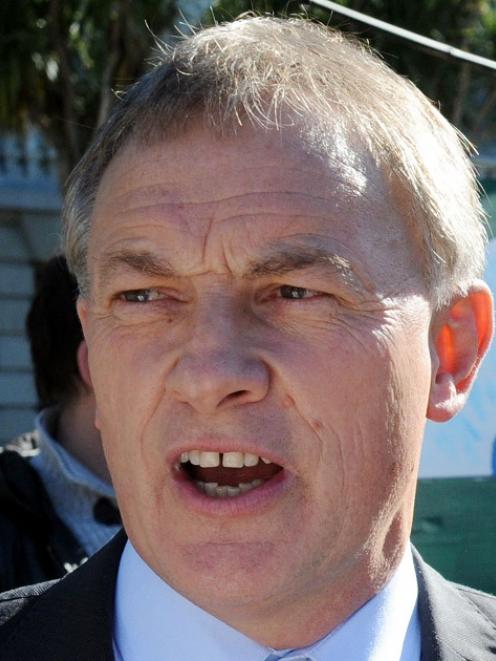 Phil Goff. Photo NZPA
Labour leader Phil Goff has rubbished suggestions his deputy Annette King may step down and that he recently asked his front bench whether he should do the same.

Mr Hooton suggested that would allow a fresh candidate to stand in her safe Rongotai seat and address the "fact'' that Labour "protects has-beens and never-weres while dooming some of its new talent to electoral defeat''.

But Mr Goff told reporters Mr Hooton, who was "in the back pocket of the National Party'' was "spreading rumours that have no truth at all''.

"There has never been any question of my deputy being other than Annette King or ever any question of her stepping down as deputy leader. It is a total invention... political spin out of the mouths of national party activists.''

"The reason that they've done it is abundantly clear to all of us here, they (National) had a bad week in the House this week.''

"They're embarrassed, they're looking for red herrings.''

Mr Goff said Social Development Minister Paula Bennett had displayed "total dishonesty'' in publicly supporting a proposed payment card for young beneficiaries when a private letter this week showed she had serious misgivings about the idea.

Meanwhile, Prime Minister John Key had been caught out attempting to downplay the extent of youth unemployment.

"He's wrong about that, we have got the worst problem we have in that age group in New Zealand's history.''

Mr Goff also denied a report carried in political newsletter TransTasman that he had earlier this week "questioned his front bench colleagues last week as to whether he should resign as leader''.

The report was again an "invention'' and his intention was to lead Labour into the election "and I'll look at forming a government after that''.