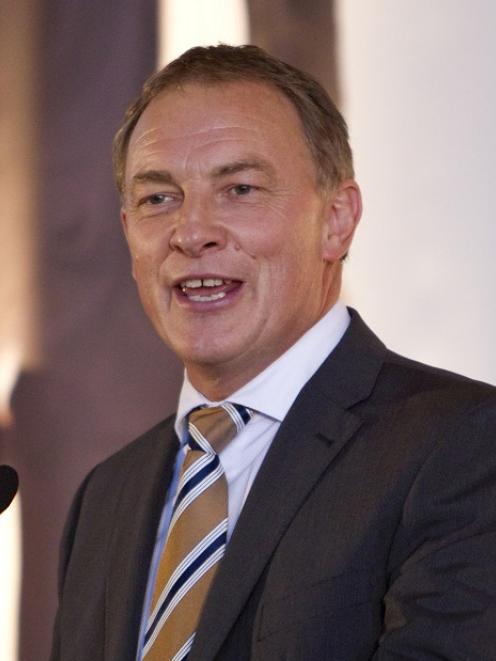 Phil Goff
Cuts to KiwiSaver and Working for Families announced today will save the schemes from being axed in the future, Prime Minister John Key says.

But critics say the changes, which include reducing the KiwiSaver tax credit and reducing entitlements for higher income people in the welfare scheme, will hurt lower income families and do nothing to fix the country's wider economic problems.

Mr Key confirmed changes to both programmes, as well as the interest-free student loan scheme, in a speech to Business NZ in Wellington today.

Together, the three programmes were costing the best part of $5 billion a year, and, in their current state, were unaffordable in the longer term, Mr Key said.

"The changes we will make in the budget will ensure they are more enduring and sustainable," he said.

"We don't want Kiwis to be thinking from year to year that these programmes could end up being axed."

Among the changes to KiwiSaver, individuals and employers would be required to make up the difference left by the reduced tax credit.

"I'd characterise those increases as affordable, I think for the vast bulk of people, both businesses and individuals, they will be able to make that change."

The minimum 2 percent contribution would be increased, meaning both individuals and businesses would have to fork out more.

"For most people in the scheme it will be a minor adjustment, it's not a significant impact on them, if people really couldn't afford to make the increase then they have the option to take a contributions holiday, which can last for five years."

The $1000 kick start payment would not be changed, nor would the first-home deposit subsidy.

Further details would be released in next week's budget, but Mr Key confirmed the changes would not come into affect until after the election.

Business NZ chief executive Phil O'Reilly said he was reassured by Mr Key's comments that changes would be implemented over time.

"If an increase was to happen tomorrow across subsidies on KiwiSaver it would cause affordability issues for employers because right now they're going through tough times, and they're attempting to retain staff," he said.

"Employers, in principle, are generally supportive of KiwiSaver, so we'll just need to see whether or not it's sustainable from a private sector perspective."

With regard to Working for Families, Mr Key said funding would be targeted at lower income households and be "less generous" for higher income earners, with changes taking into account the number of children in a family.

The amount spent on the scheme would be reduced each year, "but at the same time target a greater proportion of the total spend at the most vulnerable families".

Labour leader Phil Goff said the Government's priorities were wrong, and making cuts to the schemes would hurt middle and low-income earners.

"Why is John Key prepared to cut our national savings scheme and financial help for families instead of rolling back the $2.5 billion dollars a year he spends on tax cuts for the country's top earners," Mr Goff said.

"These cuts will hurt hardworking Kiwis but they won't address the economic problems created by National where we're borrowing $380 million a week and are now facing our largest ever deficit.

"They are tinkering with the economy and making cuts that won't turn the dire economic situation around."

Green Party co-leader Russel Norman was also critical of what the changes meant for New Zealanders on lower incomes, saying those people would be shouldering a disproportionate cost of the Government's poor economic management.

"Those families living on the economic edges will be more likely now to opt out of saving for their retirement," Dr Norman said.

"This will exacerbate the income gap when they retire. And those who do stay in the scheme will have a smaller nest egg at retirement."