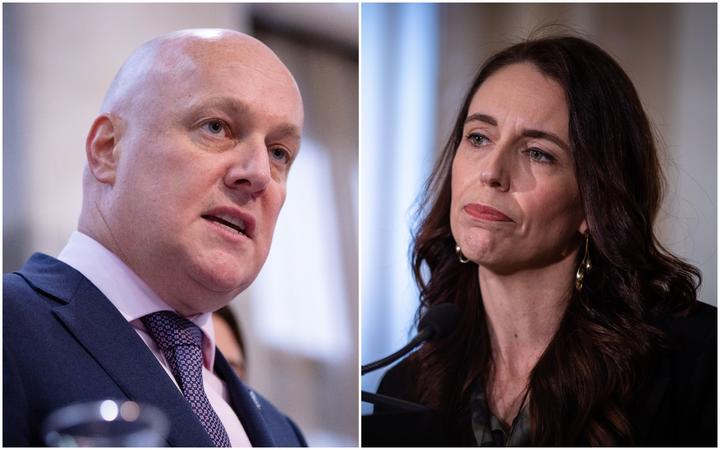 National has shot up to 40.5 percent support, up 9.5 points in tonight's Newshub-Reid Research poll.

Te Pāti Māori has increased its share of the vote by 0.5 points to 2.5 percent.

Of the parties outside Parliament, NZ First was on 1.7 percent, The Opportunities Party 0.9 percent and Conservative Party 0.7 percent.

The numbers would give National 51 seats and Act 8, still short of the 61 required to form a majority in 120-seat House.

Labour would get 48 seats and Green Party 10, also not enough to get back into power.

If Te Pāti Māori held Waiariki it would get three seats, and occupy the kingmaker position.

However, despite National polling highest it would not be able to form a government, with Te Pāti Māori continuing to rule out working with the Act Party.

The poll results came as Newshub also revealed the majority of Kiwis wanted the Government to do more to address the cost of living.

Asked if they thought the Government was doing enough to address the "cost of living crisis", 15.2 percent said "yes" and 77 percent "no".

Just over a quarter, 26.6 percent, of Labour voters said they thought the Government had done enough, while 60.1 percent said it hadn't.

The Newshub-Reid Research poll was conducted from April 18 to 27, and had a margin of error of +/- 3.1 percent.

Recent polls have placed National slightly above Labour, the last one in April by Taxpayers' Union-Curia put the Opposition one point ahead.

This followed a 1News-Kantar poll in March that had National on 39 percent and Labour 37 percent. It was the first time National has been ahead of Labour since February 2020, a month before the Covid 19 pandemic tore through the world and New Zealand was plunged into lockdown.

On those numbers the Labour-Green bloc would have 58 seats, 46 for Labour and 12 for the Greens.

This would make Te Pāti Māori kingmaker. They would have 5 seats, giving them the balance of power.