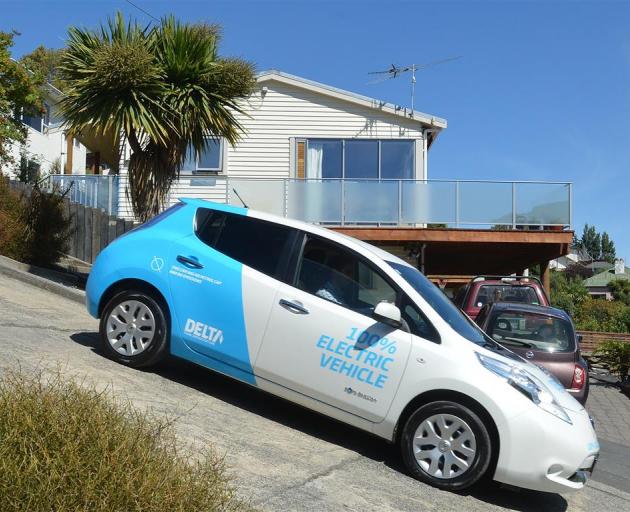 National says the poorest will be hit hard by steep price increases on the highest polluting cars. Photo: ODT
The Government's move to shift New Zealand's vehicle fleet to greener alternatives could end up hitting the poorest the hardest, National says.

And the Productivity Commission has also cast doubt over a feebate scheme, such as the one the Government announced this morning.

The Government wants to introduce legislation which would place a subsidy of up to $8000 on emissions-free vehicles imported into New Zealand.

This would be paid for by also placing a $3000 tax on the highest greenhouse gas-emitting cars imported to New Zealand.

Speaking to RNZ, Federated Farmers Vice-President Andrew Hoggard said the farming community had some issues with the Government's policy.

"It's going to be a pretty hard to fit a bundle of strainer posts on the back of a Nisan Leaf."

He said that, to the best of his knowledge, there are little to no low-emission alternatives that could handle the sort of driving farmers do.

As well as this, there are very few charging stations for electric vehicles in the countryside.

He called on the Government to make sure there was an element of "rural-proofing" the policy to make sure farmers don't get caught out.

National's associate transport spokesman Brett Hudson has raised questions as to how the policy might affect families on low incomes.

"There is a risk that a feebate system could turn out to be regressive in its nature; that lower-income workers and working families might see themselves worse off compared to some people on better incomes."

He said because lower income people cannot afford the high-end cars that get the full feebate, they would remain using some higher-emitting fossil fuel vehicle.

The Government's plan, he said, does not focus on the importance of a large and lower cost sustainable second-hand EV market.

But, according to Government figures, of the top 10 most popular used imported vehicles sold to low-income households, seven would receive a discount.

Speaking to MPs at a select committee earlier this year, Productivity Commission chairman Murray Sherwin was also sceptical of such a scheme.

"The feebate scheme and the recommendation around putting emissions standards on imported vehicles would certainly have detrimental impacts on lower income families.

"Simply because the access to motor vehicles of the sort that they've been purchasing would be harder, it would be more expensive, and they're probably going to be out of reach of the electric vehicles for a period anyway," he told MPs.

He said this was something Governments needed to be mindful of.

"The Government might consider that electric vehicles are a very expensive way of reducing emissions already, and avoid putting further money into such an ineffective approach.

"The 'social justice' wing of the Green Party might ask why the party is prepared to put even more cost on to those who drive cheap, reliable cars such as petrol powered Toyota Corollas, just so the 'environmental' wing can try out a Tesla."