Not all Whanau Ora recommendations to be adopted - PM 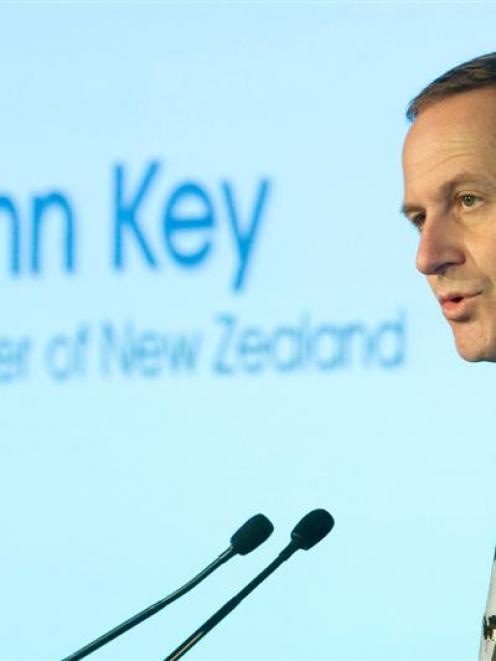 John Key. Photo by NZPA.
The Government will not adopt all the recommendations in a report by the Whanau Ora Taskforce on a new policy to deliver welfare, Prime Minister John Key said today.

The Government received the report in February and will release it publicly tomorrow.

Whanau Ora is a Maori Party initiative. It is designed to provide comprehensive support for vulnerable families, bringing together all the agencies that deliver different forms of welfare, like housing and benefits, as well as justice, the police and truancy services.

It is believed to have been developed for Maori families, but Prime Minister John Key has said it will be used by any family that needs its services.

Mr Key told journalists that the report would be released tomorrow and the Government had already made budget decisions around it.

"I hasten to add tomorrow in terms of the release of the taskforce report, it's like any taskforce that the Government commissions... some aspects of that will be acknowledged and picked up by the Government, others will be rejected."

Mr Key said the Government and partners such as the Maori Party had had some time to consider the report and budget decisions had been made.

"It's a reasonable commitment but I think the point is it's building up over time."

Mr Key hoped the programme would be very successful and he said at the moment a lot of money was spent without always getting results.

New Zealand First leader Winston Peters has described the programme as separatist and while Mr Key said it was not race-based that was the message the Maori Party had given.

Mr Key said that the Waipareira Trust was a good example of a Maori organisation providing services and about 41% of its clients were non-Maori.

"I think there's every reason that non-Maori will use Whanau Ora."

Maori Party co-leader Tariana Turia said at the weekend the policy was for all those in need but admitted the focus so far had been on Maori health service providers.

Asked how the policy could be for non-Maori when it had been described as supporting the evolution of a kaupapa model, meaning it was Maori-focused, Mrs Turia said "Well why not? ...we've tried everything else".

The task force developing the policy was asked to look at confronting problems facing Maori and as members considered the new model it became clear that it would work for other groups too, she said.