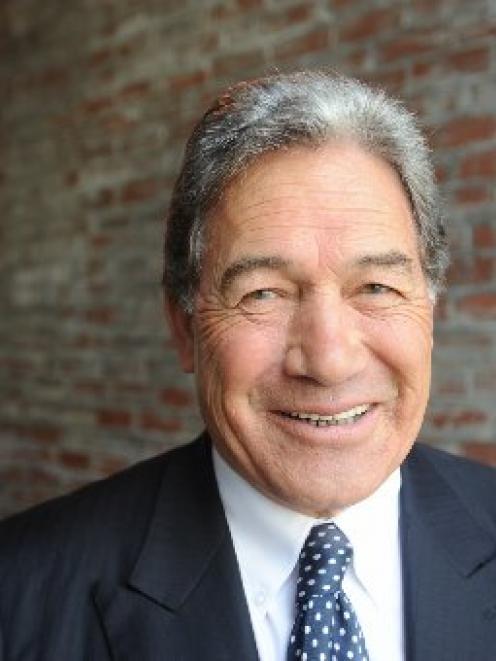 Winston Peters
New Zealand First leader Winston Peters says he will not release documents relating to United Future leader Peter Dunne and the leak of a report on the GCSB to a Fairfax reporter until he has everything he needs, but has rejected Prime Minister John Key's claim that he is simply bluffing.

Mr Key challenged Mr Peters to front up if he had emails between Mr Dunne and reporter Andrea Vance and claimed Mr Peters was simply bluffing.

Mr Peters said that although he did not have all the records between the pair, it was clear he had some because of the information he had already revealed, including that Mr Dunne was the prime suspect in David Henry's report into that leak.

"I have sufficient to have said on Day One with the greatest of confidence, 'Mr Dunne, you're the leaker.' If you haven't got the complete picture, which I admit I haven't got, but I've got enough to say what I've said and know we're going to make it home. Otherwise this car has gone a long a way on no petrol."

Mr Peters said there were five sets of electronic records "and we want them all."

He said he would not release them until he had all the records he required "to complete this investigation, which clearly the Prime Minister is not prepared to do himself".

He said rather than deliver it up, he wanted to "squeeze, like pulling teeth, the truth out of the Prime Minister."

He said it was the Prime Minister's responsibility to investigate the leak.

Speaker David Carter has not yet made a decision on a request for Mr Dunne to face the Privileges Committee over the leak.

Labour leader David Shearer asked the Speaker to refer Mr Dunne to the Privileges Committee for his denial at a select committee that he was responsible for the leak.

Act leader John Banks also revealed he laid a breach of privilege complaint against Labour's Trevor Mallard last week after Mr Mallard strongly criticised the Speaker's decision to allow United Future to retain its parliamentary entitlements while it sorted out its registration.

Mr Mallard described it in the debating chamber as "farcical" and left rather than be forced to withdraw and apologise for it.

He said he was yet to make a decision on Mr Banks' complaint, lodged last Friday, because he needed to first seek a response from Mr Mallard.