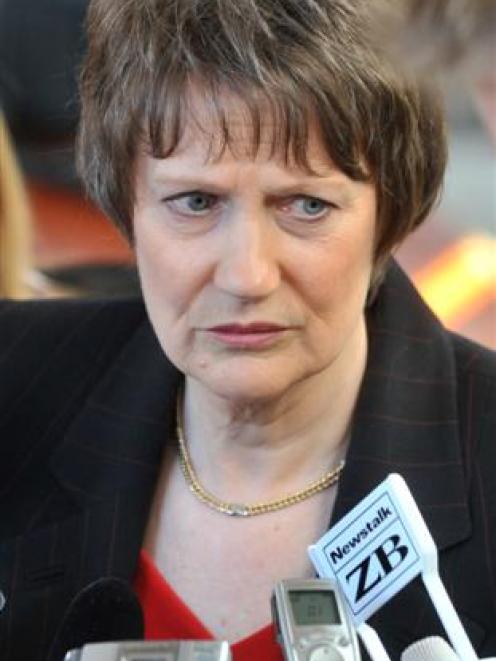 A visibly annoyed Miss Clark would not be drawn last night on what the future looked like for Mr Peters, even though she conceded to having previously stood down ministers under investigation.

"I don't wish to make any further comment until I talk to Mr Peters.

"I haven't had a discussion with Mr Peters."

Mr Peters is unlikely to stand down voluntarily while the SFO investigation is under way, giving Miss Clark no alternative but to sack him.

Serious Fraud Office director Grant Liddell said in a statement an inquiry would be made into donations made to NZ First, particularly the allegations that funds donated to the party by Sir Robert Jones and Vela family interests did not reach their intended destinations.

He was satisfied the threshold had been met for starting an investigation using the statutory powers of the SFO Act.

"I have sufficient information that gives me reason to suspect that an investigation may reveal serious and complex fraud.

"I want to emphasise that it is entirely possible that there are innocent and honest explanations," he said.

Mr Peters said last night the investigation was "ridiculous in the extreme" and his party would meet it "head on".

The SFO had not spoken to him yet and, once it had, the matter would be cleared up, he said.

He claimed the office was motivated by a past grudge against him for criticising it.

Miss Clark has been under fire all week in Parliament for protecting Mr Peters, with National Party and Act New Zealand MPs calling for his sacking, given the privileges committee had already heard from expatriate billionaire Owen Glenn that Mr Peters had personally solicited a donation of $100,000 to help fight an election petition.

Mr Liddell said he did not have enough information to inquire into allegations that Mr Glenn's donation was misapplied, or that there was an attempt to influence corruptly the primary production select committee that inquired into allegations of Ministry of Fisheries corruption in relation to scampi quota in 2003.

"It is possible that the investigation I have authorised might be broadened at some later time and those other matters inquired into as a result of whatever information comes to light in the course of the investigation about to commence."

The investigation would be given priority, but it was not possible to say how long it would take, he said.

Miss Clark said a Bill to wind up the SFO would be put on hold until the investigation was completed.

Earlier in the day, she dropped a bombshell by admitting Mr Glenn told her earlier this year he had given $100,000 to NZ First.

Mr Glenn told Miss Clark in February, while they were both at an event, that he had made a donation to the party.

That was before Mr Peters held up a "No" sign at a press conference where he said there was no Owen Glenn donation.

"Mr Glenn, on that occasion, said to me pretty much what he's said in the letter to the privileges committee," Miss Clark said.

"As you would expect, the first thing I did was go away and ring Mr Peters."

He told her he had not sought a donation.

"At every time this issue has arisen, I have rung Mr Peters and asked for his word."

National deputy leader Bill English repeatedly asked questions directed at Miss Clark in Parliament yesterday, but because she was not there, it was left to Dr Cullen to deflect any accusations that the prime minister had misled Parliament, or the public, on the issue.

Mr English continued his attack on Miss Clark during the debate on the emissions trading scheme legislation, which had its second reading yesterday.

At last night's press conference, Miss Clark repeated she had not experienced Mr Peters lying to her.

Asked why she had not mentioned knowing about the donation six months earlier, Miss Clark said no-one had asked her.