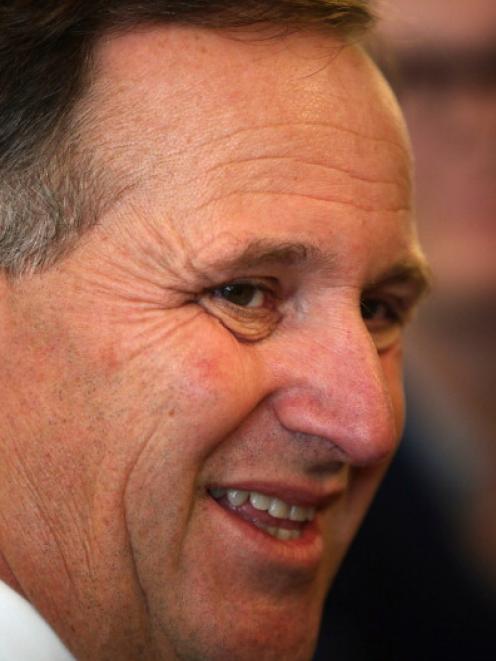 He was taken to Christchurch Hospital, where he was seen by three specialists, who decided he was fit to travel to Antarctica this morning.

He was released from hospital around midnight.

The restaurant was Tutto Bene, an Italian pizzeria in Merivale.

Press secretary Kevin Taylor said Mr Key fell to the ground of the restaurant in full view of diners.

It was not known what caused his collapse.

Mr Key is flying to Antarctica where he will be briefed on the Antarctic Research Institute's activities before travelling to one of the premiere science spots in the Dry Valleys tomorrow.

Although he was chatting throughout the evening to people across and either side of him it was evident that he was unwell and "obviously other diners must have noticed this''.

As he and his party prepared to leave, "I pointed out to my colleague I didn't think he would make it away from the table. Within a second he had either gone into a faint or collapsed''.

"We were concerned for him as you would be for anybody in that position.''

Mr Key recovered enough to look around and be aware of his surroundings, "and very graciously left''.

Ms Plummer said she later texted Antarctica NZ chief executive Lou Sanson to ask how Mr Key was faring and received a text in reply thanking her for her concern and the way the restaurant had handled the situation.

However, a spokeswoman for Mr Key this afternoon told the New Zealand Herald jet lag was not thought to be a factor in the incident.