Pressure mounts on Worth to quit Parliament 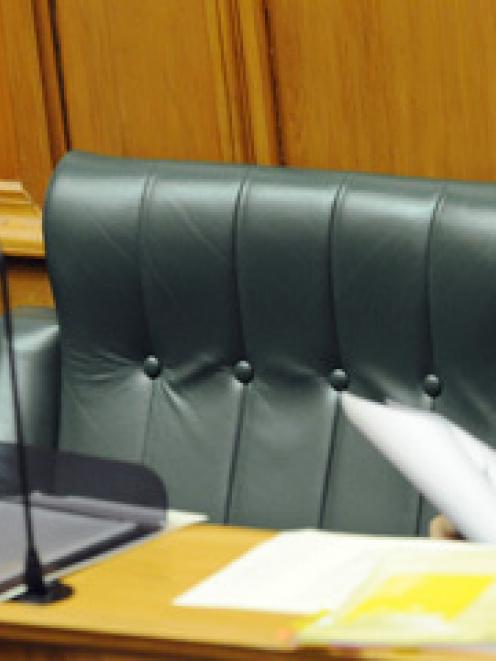 Richard Worth's empty seat
After his effective sacking as a minister Richard Worth should be talking with his family about whether he stays on as an MP, Prime Minister John Key says.

He said yesterday he would have sacked Dr Worth had the internal affairs and land information minister not resigned on Tuesday night, following an allegation made about him.

Rumours have been swirling about the nature of the allegation against Dr Worth after Mr Key only confirmed it was for inappropriate behaviour towards a woman.

Police have confirmed they are investigating an MP for a recent incident after a complaint was laid two weeks ago.

Mr Key said it was for Dr Worth to "seek the counsel of family and friends" to decide whether he stayed on as an MP.

There was no chance of Dr Worth getting a ministerial post back, whatever the outcome of the police investigation and depending on that Dr Worth might also have no future in the National Party at all, he said.

It also emerged that Labour leader Phil Goff took an allegation of inappropriate behaviour by Dr Worth towards a woman to Mr Key about a month ago.

The allegation is not (not) the one which resulted in Mr Worth resigning his ministerial portfolios on Tuesday.

Mr Goff said he raised the complaint with Mr Key last month after a woman approached the party about Dr Worth.

He had decided to allow Mr Key to deal with it privately as the woman had not wanted to be in the public arena.

The complaint alleged Dr Worth offered to use his position to get the woman a job along with "romantic" overtures.

There had been a series of emails making unwanted approaches that were not criminal but were totally inappropriate for a minister.

Mr Key's office told him that the matters had been investigated, but the allegations had not been proven and Dr Worth had been warned that if they were true they would be unacceptable.

Mr Key said last night that alleged incident related to last Christmas and it appeared there had not been any truth to it.

When asked earlier if the new allegation was of a similar nature to the one he looked into, Mr Key said yes, but the circumstances were different.

He would not say what the new circumstances were.

"All I can tell you is his conduct does not befit a minister and I will not have him in my Cabinet," Mr Key said.

Dr Worth, who remains an MP, said in his brief statement he was resigning for personal reasons and he would not be making further comment.

Mr Key refused to answer questions in Parliament about the nature of the allegations, saying he did not want to taint the police investigation.

Dr Worth has been given a two-week leave of absence from Parliament.

He has been at the centre of a number of judgment lapses that have shunted him into the media limelight.

His ministerial responsibilities have been temporarily transferred to Maurice Williamson.

Mr Key said he would permanently reallocate them in "the near future".

Mr Worth is the first minister to resign in the new Government, elected last November.