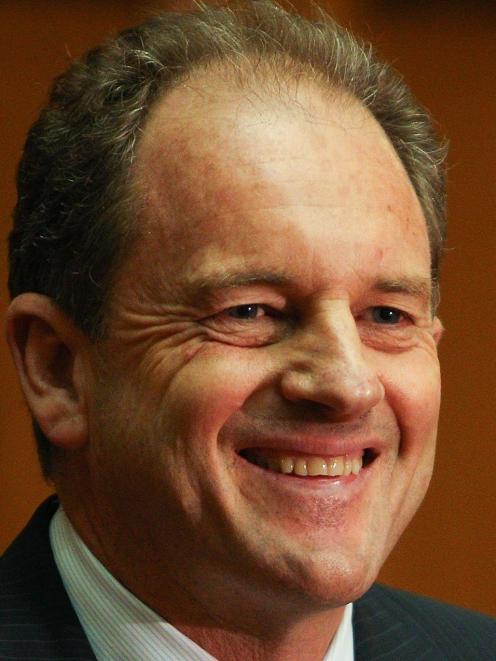 Prime Minister John Key scoffed at the promise, ridiculed Labour and said Mr Shearer had delivered a speech that former leader Phil Goff would be proud to have written.

And New Zealand First leader Winston Peters laced his comeback speech yesterday with claims that the Maori Party was pursuing separatist policy and National was in the pocket of big business.

They were all speaking in the address-in-reply debate - the first big debate after the state opening of Parliament yesterday by Governor-General Sir Jerry Mateparae.

He delivered the speech from the throne setting out the Government's policy priorities such as the partial sale of state assets, social welfare and housing reforms and encouraging oil and gas exploration.

Mr Shearer started his prepared speech by saying both major parties put their ideas in front of the New Zealand people "and our side didn't win".

"And therefore Labour will be different in these coming three years," he said.

"We will turn a page ... Labour will listen. We will learn. And we will act."

With none of the hesitancy that was evident in his leadership contest against David Cunliffe, Mr Shearer spoke about three areas of importance to him: poverty, economic leadership and opposition to the partial asset sales.

He asked National to reconsider its refusal to allow Labour to join the new poverty committee set up with one of its support parties, the Maori Party.

The former United Nations humanitarian worker said he had witnessed horrific poverty "and believe me, there is no excuse for poverty here in New Zealand".

"This is a sincere offer and I hope the Government sees fit to revisit its position." Previous Prime Ministers, including Jim Bolger and Helen Clark, have assiduously ignored Leaders of the Opposition but Mr Key disregarded that convention.

Mr Key accused Mr Shearer of promising change then delivering a speech which Mr Goff would have been proud to have written.

He then taunted Labour over its leadership contest, saying it was not hard to see why Labour chose someone who had spent his life in war-torn places such as Somalia and Bosnia "because that is the Labour Party as we know it".

"David Cunliffe does not like David Parker, we know that.

National list MPs Alfred Ngaro and Paul Goldsmith were given the honour of making their maiden speeches as the mover and seconder of the address-in-reply.

Mr Ngaro is New Zealand born and raised but is the first MP of Cook Island descent to be elected to Parliament.

Parliament adjourned last night and will resume on February 7.