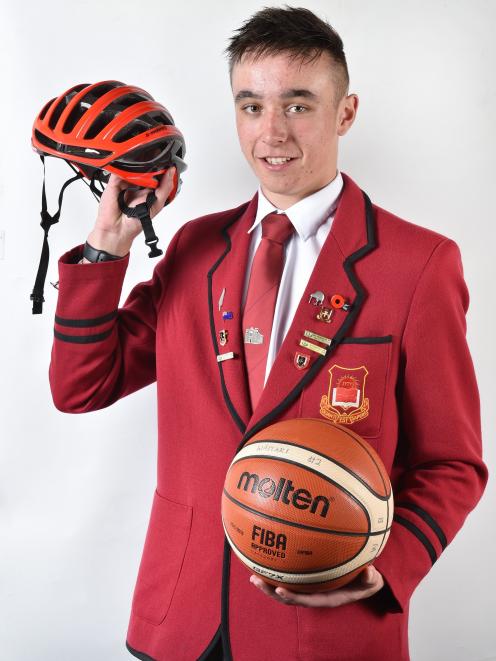 Tasman (Taz) Selfe is planning a different route to most high-achieving pupils as they prepare to leave school.

While he did consider attending the University of Canterbury next year to study sports analysis, he is now looking at a trade instead — happy to do his apprenticeship with a friend’s tiling company in Oamaru.

Taz wants a trade behind him as he sets off in pursuit of the world’s top professional mountain bikers.

He already has some trophies in the cabinet — a second in the 2020 open men’s Motutapu Challenge, raced over 48km between Glendhu Bay and Arrowtown.

And, on a road bike, in the 2020 Wanaka Challenge, he was part of a team that finished second to a team of triathlon stars including Dougal Allan and Tony Dodds.

Taz is described by his school as "a most humble, hardworking young man" who is "a fantastic role model" for other pupils.

Academically, he has achieved merit endorsement at NCEA level 1 and 2 and is expected to do so again at level 3.

Taz, at 2.03m tall, is a talented basketball player, and has represented the school’s 1st V for the past four years.

In 2018 and 2019 he also won the South Island schools cross-country event.

While he enjoys team sports, it is cycling that has captured his attention, which is a little bit surprising given his father owns the Honda motorcycle dealership in Oamaru.

Taz said while he does occasionally ride motocross bikes, his first love is cycling.

"You’re in your own world.

"I just like the individual nature of being able to push yourself by yourself."

He is looking forward to the national mountain bike schools championships in Wellington in October. 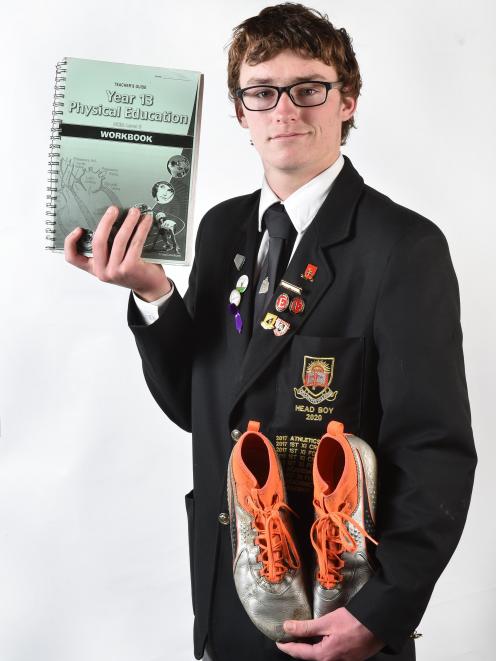 Waitaki Boys’ High School’s head boy Blake Martin is known for leading from the front and epitomising the school’s values of respect, resilience and motivation.

Blake considers himself an all-round sportsman and student, excelling at cricket, football, athletics and physical education.

He has played representative age-group cricket for North Otago, has been a member of the school 1st XI cricket team for four years and is the current captain.

In winter, Blake follows his passion for football.

He began kicking a ball around at the age of 2, while his father Andrew played, coached and administered North Otago sides.

He has been captain of the 1st XI football side for the past three years, playing in the Otago secondary schools competition.

And he has coached a junior side for the same period, also refereeing up to senior level.

Blake has also had success at hurdles — Aoraki hurdles champion for three years — and in the school’s relay team, first in the South Island last year. He was also awarded the school’s senior athletics cup.

Next year he intends studying for a bachelor of science degree, majoring in sports management and development, at the University of Otago.

He hopes that will lead to a career in sports analysis and performance or, with a year at teachers college, employment as a physical education or science teacher.