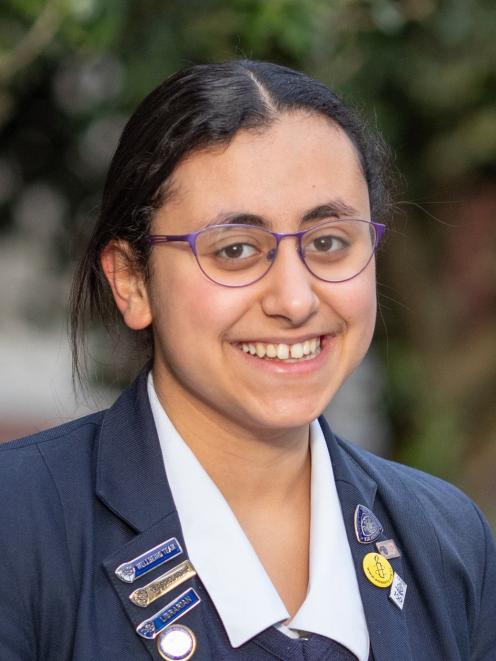 Often when you hear these speeches, there is a common theme of being yourself — a theme of loving and accepting yourself unapologetically.

The concept of loving yourself is something that is so sophisticated and for the younger generations is one of the most difficult tasks ever encountered.

This can be credited to many reasons in our world, but one of the main ones is the representation of young people in the media around us.

Why is it that in every Netflix series, the heroine learns to love herself only when she changes herself?

Why is it that in every high school-based movie, the main character is never really loved for who they are?

As a teenager, how am I expected to learn to appreciate my flawed self, if everything around me tells me that I have to change?

Stereotypes of certain teenage persona make it exceptionally easy for authors and directors to complete their character arc.

For example, the nerdy girl becomes popular by joining the cheerleading squad and now everyone at school likes her.

For instance, the widely beloved Mean Girls or The DUFF and even TV series such as Insatiable.

Rarely in a movie, has this nerdy girl been accepted for who she is.

She has always had to put on make-up, change her sense of style and wipe her individuality away just to get the football captain to fall in love with her.

The impact that such a stereotype has on young people is detrimental as it is implied to them that in order to become likeable and accepted by society, they must change who they are.

So who is this teenager supposed to believe?

"Don’t worry, just be yourself!" says the guy they brought in last week.

"No-one will like you if you don’t play sport or look pretty," says every source of media ever.

If the opposite were to happen in movies and TV series, perhaps the youth wouldn’t be so sick of hearing these inspirational quotes.

Perhaps, if the young girl accepted that the football captain should like her for who she really is, the teenage girl watching her wouldn’t feel the urgency to change.

What we, as a society, need to see is a change in how we express the narratives of young people who struggle.

We should see this girl get help and progress towards the seemingly impossible goal of loving herself, but this time it’s her actual self, not a doll painted with foundation and eyeshadow.

In this sense, teenagers can start believing that they are likeable and that the speaker the school brought in wasn’t just a bluff.

It is often said that the media we consume is based on our reality.

This common belief can help us explain the relationship between stereotypes in the media and our very own reality.

When many series and movies start to adopt these characters as ideas and main narrative arcs, these stereotypes become ingrained into people’s heads.

It becomes our new normal because of a surge in the repetitive use of these characters.

This repetition of ideas causes the media to continue using these stereotypes.

Thus, a once delicate relationship becomes iron-strong as society becomes engrossed in media.

It is almost impossible to demand the media output change in order to make the job less difficult for young people.

This is because this sick narrative has already filled the chairman’s pocket: so why would they even consider it?

Instead, we could change the way we speak to people.

Instead of indoctrinating young minds with such ideas, we should aim to restore their faith in each other through community.

Instead of the same old speaker saying the same disconnected phrase; "Don’t worry, just love yourself!", we should be using our ears to listen to people who say that it’s going to be hard because it was never easy.

We should listen to people who stay real with us but give us hope and guidance on how to love ourselves instead of just telling us to do it.

Perhaps the solution lies within the youth.

Why not encourage youth to talk to other youth about their experiences?

In this way, they can stay realistic in their speeches while providing good advice for their communities.