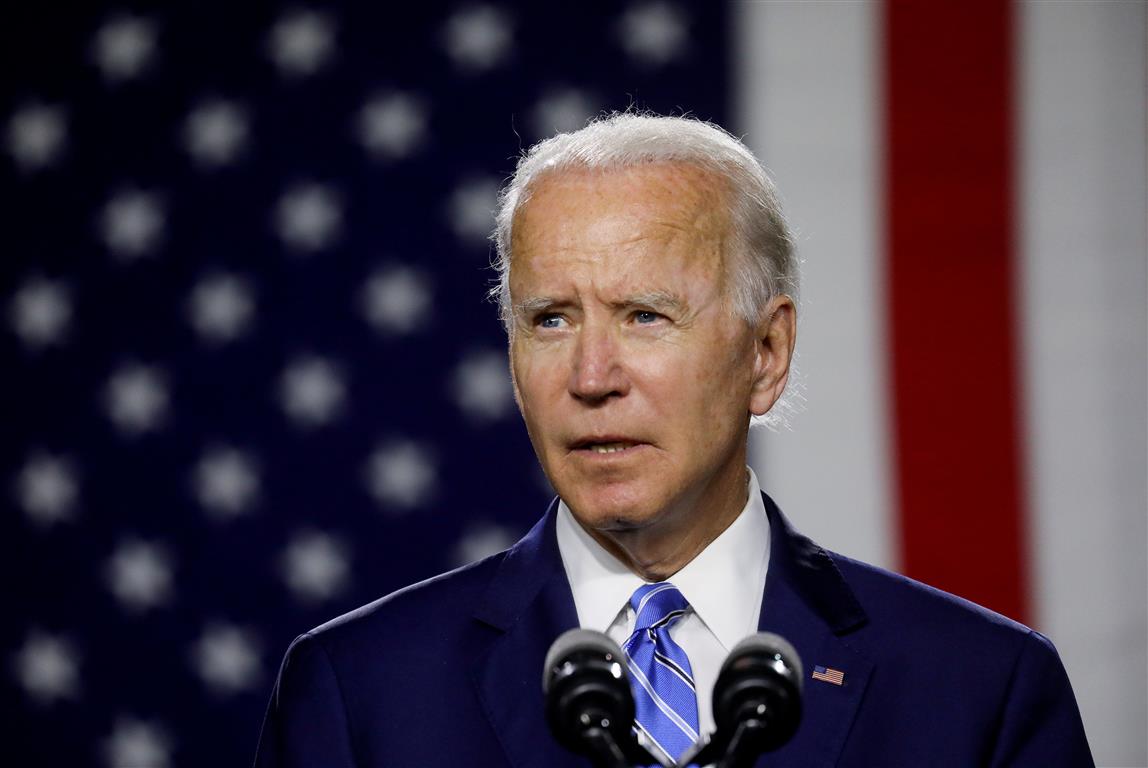 Joe Biden. Photo: Reuters
US President-elect Joe Biden solidified his victory over President Donald Trump after the state of Georgia went his way, leaving Trump little hope of reversing the outcome through legal challenges and recounts.

Edison Research, which made the call, also projected that North Carolina, the only other battleground state with an outstanding vote count, would go to Trump, finalising the electoral vote tally at 306 for Biden to 232 for Trump.

The numbers gave Biden, a Democrat, a resounding defeat over Trump in the Electoral College, equal to the 306 votes Trump, a Republican, won to defeat Hillary Clinton, a 2016 victory that Trump called a "landslide."

While Trump had yet to concede, Biden officials reiterated they were moving ahead with transition efforts regardless.

Although the national popular vote does not determine the election outcome, Biden was ahead by more than 5.3 million votes, or 3.4 percentage points. His share of the popular vote, at 50.8%, was slightly higher than Ronald Reagan's share of the vote in 1980 when he defeated Jimmy Carter.

Trump, a Republican, has claimed without evidence that he was cheated by widespread election fraud and has refused to concede. State election officials report no serious irregularities, and several of his legal challenges have failed in court.

To win a second term, Trump would need to overturn Biden's lead in at least three states, but he has so far failed to produce evidence that he could do so in any of them. States face a December 8 "safe harbour" deadline to certify their elections and choose electors for the Electoral College, which will officially select the new president on December 14.

A Michigan state court on Friday (local time) rejected a request by Trump to block the certification of votes in Detroit, which went heavily in favour of Biden. And lawyers for Trump's campaign dropped a lawsuit in Arizona after the final vote count rendered it moot.

Federal election security officials have found no evidence that any voting system deleted or lost votes, changed votes, "or was in any way compromised," two security groups said in a statement released on Thursday by the lead US cybersecurity agency.

Trump was set on Friday afternoon to make his first public remarks since Biden was projected as the election's winner on November 7. The White House said he would address the nation on the efforts by the government and drugmakers to develop effective treatments for the coronavirus pandemic.

Biden officials said on Friday they would press forward with the transition, identifying legislative priorities, reviewing federal agency policies and preparing to fill thousands of jobs in the new administration.

"We're charging ahead with the transition," Jen Psaki, a senior adviser to Biden's transition team, said on a conference call on Friday, while stressing that Biden still needs "real-time information" from the Trump administration to deal with the resurgent pandemic and national security threats.

“With every day that passes on, it becomes more concerning that our national security team and the president-elect and the vice president-elect don't have access to those threat assessments, intelligence briefings, real-time information about our engagements around the world," Psaki said. "Because, you know, you don’t know what you don’t know."

Biden will be briefed by his own group of national-security experts next week, she said. He met with transition advisers again on Friday at his Delaware beach house where he is mapping out his approach to the pandemic and prepares to name his top appointees, including Cabinet members.

Fox News correspondent Geraldo Rivera, a Trump confidant, said he had spoken to the president by phone on Friday and that Trump had given him the impression that he would follow the US Constitution and surrender his office after every vote was counted.

"He told me he's a realist. He told me he would do the right thing," Rivera said in an interview with Fox. "I got no impression that he was plotting the overthrow of the elected government. He just wants a fair fight."

Not to beat a dead horse. It's an automatic recount so it's not really anything. And again, there is ample evidence of voter fraud. Just not reported by the ODT. Won't be a call on the ellect until next month.

There is so much evidence of voter fraud that none has yet been discovered and all of the legal challenges are failing through lack of evidence. We are now at the stage where lawyers are pulling out so as not to be tainted by Trump's lies and false claims. Perhaps if you have actual evidence you could publish it, along with its source. I am sure the US judiciary would be interested in such a rarity.

In a recent interview, he pointed out that Democrat officials removing GOP poll watchers from polling locations is a violation of state law and federal court orders.

“When you have claims of, you know, 10,000 people who don’t live in the state of Nevada having voted in Neveda, you have the video…they’re (poll workers) either duplicating a spoiled ballot there or they’re in the process of marking a ballot that came in blank for a vote,” Trainor explained........There is your evidence for an investigation!

You would think that give the closeness of this election, the mania shown by democrats and liberals that Trump not be allowed a second term, the ease of manipulating the votes via computer programming (not forgetting the intense dislike of Trump by Silicon Valley) and the outrage over Russia interference in the previous election, that America would welcome EVERY opportunity to verify, and verify again that each vote was correct and legitimate.

Instead it's all...."Quickly Mr Trump, accept Biden won and leave the White House...We don't care if the voting was fraudulent"

Actually their system has multiple checks , firstly with observers at each location , then verified by the county , then verified by the state . The then have mandatory recounts for certain win margins . Despite the relatively early "calling" of results there is a reason the official results aren't in yet . On top of this they have various legal avenues of challenge but for that they need credible proof , which they don't have as evidenced by the heavily republican appointed justices throwing the cases out.

And yet if you check my comment above I quote the chairman of the FEDERAL ELECTIONS COMMISSION (FEC), Trey Trainor,
who states that:

"Democrat officials were removing GOP poll watchers from polling locations. This is "a violation of state law and federal court orders"

So it seems all is not well with the US electoral system. Possible fraud is unsurprising of course, when you consider the animosity towards the current occupant of the White House and the unbridled passion to ensure he does not return.

Again, I cannot understand why democrats are reluctant to ensure the election was fraud free.....Unless of course, they already know it wasn't?!

On Friday, federal and state officials said the election was the “most secure in American history”, with no evidence votes were compromised or altered.

David, bottom line is Trump is entitled to have his day in court. I know you hate that but tough bickies. This will go to the supreme court to be adjudicated and resolved. You seem to be confused between process and outcome. There is something wrong with the election process that appears to look like fraud. That needs to be examined. Will it change the outcome? Neither of us knows. If Biden wins, he still isn't president elect until December. No matter how much you complain, that will not change. Can you find something else to winge about? Go to tax fraud or perp walked to jail maybe. You have some latitude in your incessant winging. This is a dead issue. Nothing is going to happen until the legal challenges are resolved in the supreme court and the mandatory recounts are complete. As far as the fraud, go to gatewatpundint.com. they have links to the fraud allegations. Relax...your going to stroke out over nothing.

Dear redpill whinger. I am hardly the one whinging about this fiasco. Put simply there has been no credible evidence of voter fraud. If you have any actual evidence I am sure the US courts will be interested because so far they have rejected (and virtually laughed at) the pathetic challenges by the Trump losers. Still, Trump has the right to challenge (just as the drunk has the right to challenge his drunk driving conviction). Yes, I do look forward to seeing Trump face all of the many and varied allegations against him; an orange jump suit will match his complexion. Hopefully his acolytes will join him. The sad thing is how many people have been duped by him, just like with Hitler.