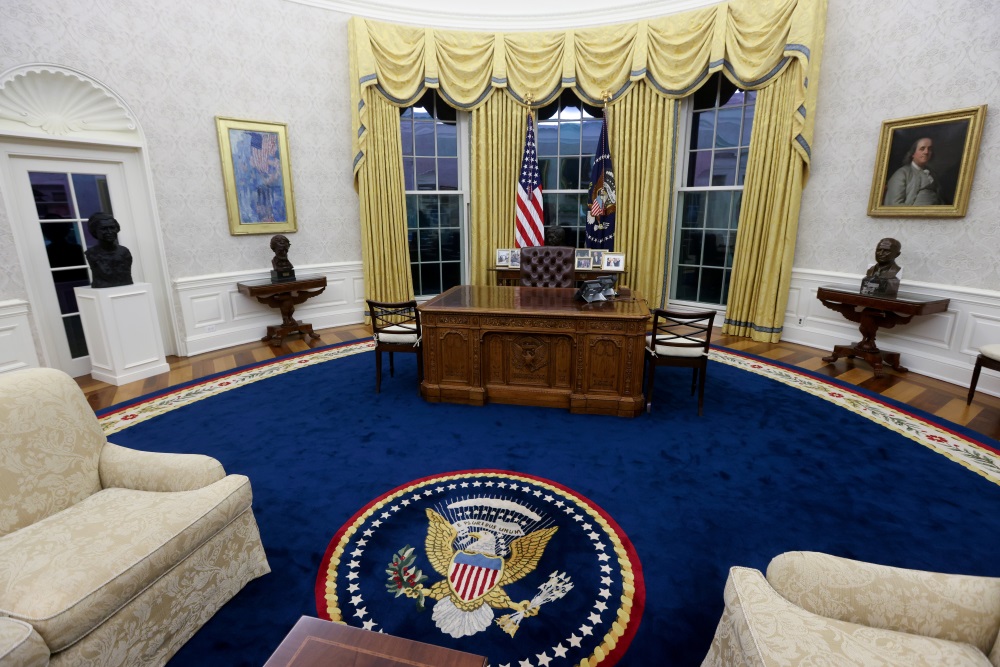 The Oval Office is the formal working space for the president. Photo: Reuters
US President Joe Biden has decorated his new office with busts of civil rights and labour leaders, nods to other presidents who faced great crises, and side-by-side portraits of American founders who famously disagreed.

The military flags displayed during the Donald Trump presidency have been replaced by just an American flag and one with the Presidential Seal, and a collection of family photos.

Biden changes decor in Oval Office to include busts of César Chávez and Eleanor Roosevelt plus portraits of Franklin Roosevelt and Benjamin Franklin.https://t.co/IoMDVXw3g4 pic.twitter.com/yQ26zXPIf0

The Oval Office is the formal working space for the president, and most choose new drapery, furniture and carpets when they enter, as well as art and artefacts from the White House collection, museums and collectors.

A portrait of former President Andrew Jackson, who espoused a populist political style that has sometimes been compared with that of Trump, is gone.

The space now features American leaders who faced challenges and persevered, including Abraham Lincoln, who led the country through the Civil War, and Franklin D. Roosevelt, who was president in the depths of the Great Depression. 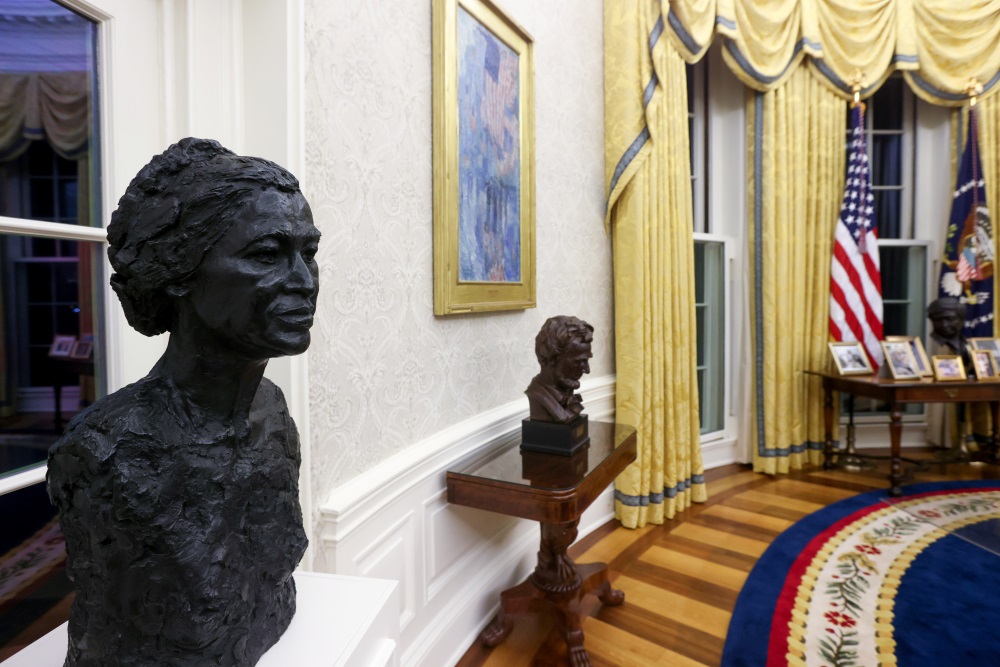 There is also a bust of US Senator Daniel Webster - who forcefully defended the country's unity in 1830, saying "Liberty and Union, now and forever, one and inseparable!"

Biden took the helm on Wednesday of an extremely polarised nation, ravaged by the coronavirus pandemic, with millions of people out of work.

The new Oval Office highlights the country's diversity with busts of civil rights icons including Rosa Parks and Cesar Chavez, and a sculpture made by a member of the Chiricahua Apache tribe.

andrew jackson has been replaced with ben franklin pic.twitter.com/nJaVzgnAqe

Members of the tribe sued the Trump administration to block a pending land swap that would give mining company Rio Tinto the land it needs to build a copper mining project.

In October, Biden promised Native Americans they would "have a seat at the table" in his administration. He has nominated Deb Haaland, a Laguna Pueblo and congresswoman from New Mexico, for Secretary of the Interior.

Biden has also brought back a painting of American flags on New York City's Fifth Ave ("The Avenue in the Rain") which hung there under previous presidents but which Trump had removed.