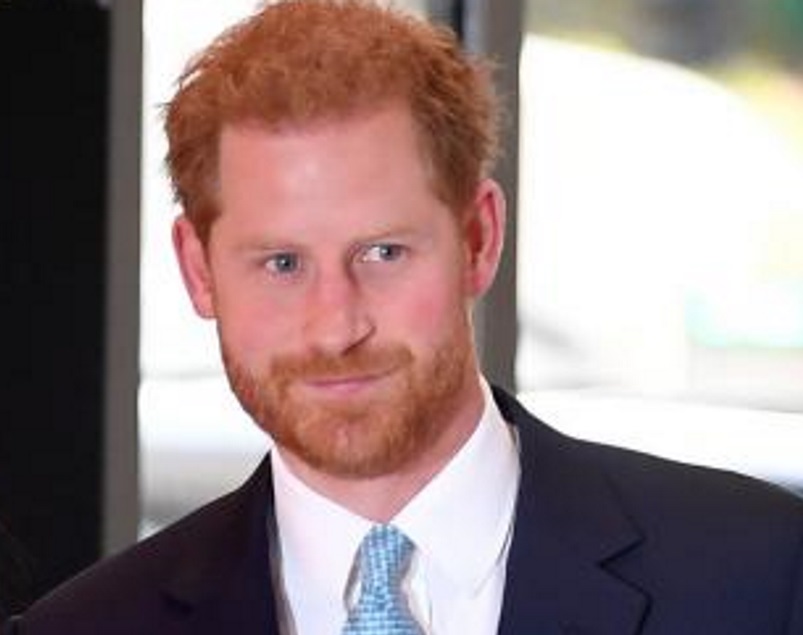 Prince Philip, husband of the Queen and the Duke of Edinburgh, died on Friday peacefully at Windsor Castle. He was 99.

The report from the Sun also said Harry, the Duke of Sussex, was due home imminently, after landing at Heathrow airport from Los Angeles, to quarantine in time for the farewell service, which will be held on April 17 at Windsor.

Buckingham Palace yesterday said that Harry's American wife Meghan, the Duchess of Sussex, would not attend as she had been advised not to travel by her physician. She is expecting the couple's second child.

Prince Philip's death has left a huge void for the Queen and Britain has lost its "grandfather", his son Prince Andrew said on Sunday, as tributes poured in and the royals thanked the public for its support.

"My father has been my teacher, my supporter and my critic, but mostly it is his example of a life well lived and service freely given that I most wanted to emulate."

A message from The Princess Royal following the death of The Duke of Edinburgh: https://t.co/LqX46BeIVh pic.twitter.com/YkZxOTSrUM

Andrew joined siblings Charles, Anne and Edward in saying they had taken strength from the outpouring of affection and would rally around their mother in her time of grief.

"You know it's going to happen but you are never really ready," Anne said in a statement.

Andrew called his father a "remarkable man" after he left a private church service in Windsor on Sunday.

"It's a great loss. I think the way I would put it is we've lost almost the grandfather of the nation."

Prince Edward echoed that, saying: "He might have been our father, grandfather, father-in-law but he meant so much to so many other people".

"It was right for him. It was so gentle. It was just like somebody took him by the hand and off he went," she said. "Very, very peaceful. And that’s all you want for somebody isn't it?" 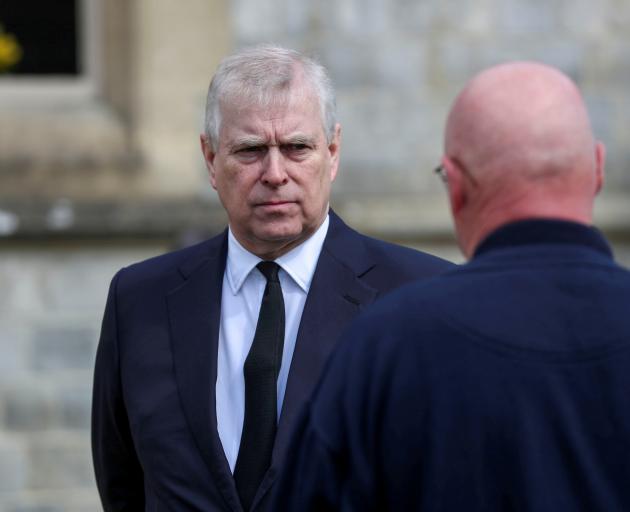 Prince Andrew called his father a "remarkable man" after he left a private church service in Windsor on Sunday. Photo: Reuters

Andrew said of his 94-year-old mother that the Queen was stoical in the face of a loss that she had described as "having left a huge void in her life".

Andrew has rarely been seen in public since he stepped down from official duties in 2019 over the controversy surrounding his association with the disgraced late US financier Jeffrey Epstein.

The prayers for Philip at the service in All Saints Chapel in Windsor Great Park west of London echoed church services across the country.

At Canterbury Cathedral, the Archbishop of Canterbury prayed for those who found that the death of the Duke of Edinburgh, as Philip was officially known, had left a "very great gap" in their lives.

As part of eight days of national mourning, people gathered outside Windsor Castle and other royal palaces to leave flowers, while religious and political leaders expressed support for the queen, the world's oldest and longest-reigning monarch.

A note attached to a Royal Navy peak cap left amongst flowers at Windsor, a tribute to Philip's service in the navy, read: "God bless you Sir, you were an example to us all." 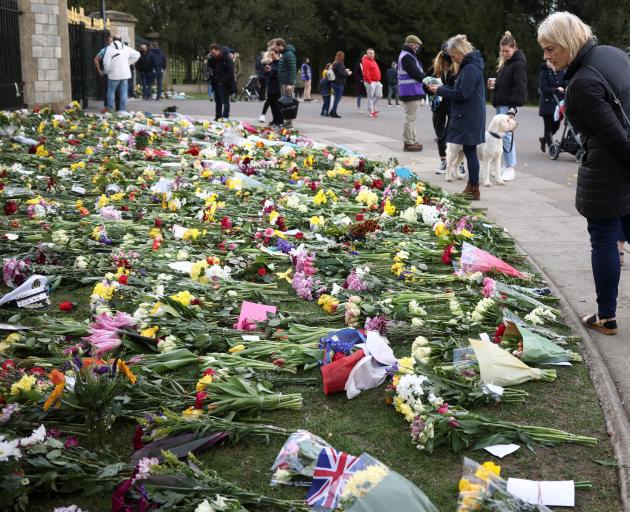 Flowers have been left at Windsor Castle by people offering their condolences to the royal family. Photo: Reuters

Edward Elgar's stirring Nimrod was played at the Canterbury Cathedral service, the piece of music that accompanies many British funerals and memorial services and is played annually at the Cenotaph in London to mark the National Service of Remembrance.

A Greek prince, Philip married Elizabeth in 1947, five years before she ascended to the throne. He helped the monarchy modernise in the post-World War Two period and supported the queen through numerous crises over the years.

His funeral will be held next Saturday, with long-established plans redrawn and scaled down because of Covid-19 restrictions.

He will be given a ceremonial royal funeral rather than a state funeral. There will be no public processions, and it will be held entirely within the grounds of Windsor Castle and limited to 30 mourners.

Former British Prime Minister John Major, who was in office from 1990 to 1997 and who was guardian to Princes William and Harry after their mother Diana died, said he hoped the funeral would help reunite the family after it was rocked last month by an interview given by Harry and Meghan to Oprah Winfrey.

During the interview, Meghan said her pleas for help while she felt suicidal were ignored and that an unnamed member of the family had asked how dark their unborn child's skin might be.

"The friction that we are told has arisen is a friction better ended as speedily as possible," Major said.