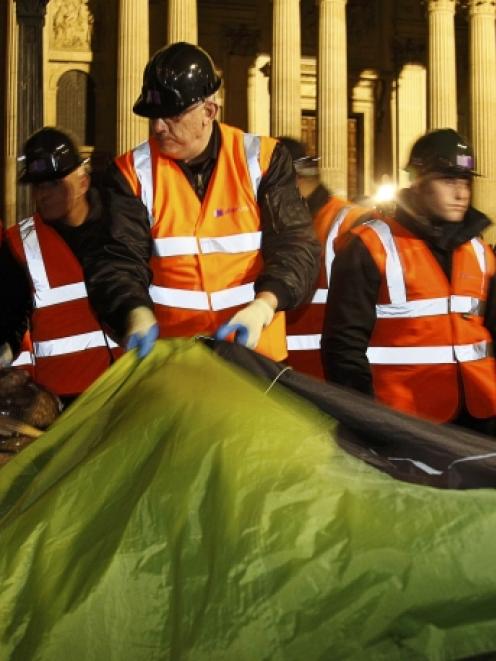 There was no resistance from the activists, who set up the camp four months ago inspired by the US Occupy Wall Street protest, as bailiffs employed by the City of London Corporation which owns the site removed tents from the camp.

Dozens of police, some positioned on the steps of the vast domed cathedral, observed the eviction, which began just after midnight.

Many of the 150 tents had already been taken down voluntarily after protesters last week lost their legal battle to stay. About 50 tents had remained.

Christian Wallace, 35, who had lived in the camp for the past four months, was concerned the heavy police presence could lead to clashes.

"I just want to leave peacefully but some don't want to go quietly as this is their only home," he told Reuters.