Student kills US teacher in Iraq 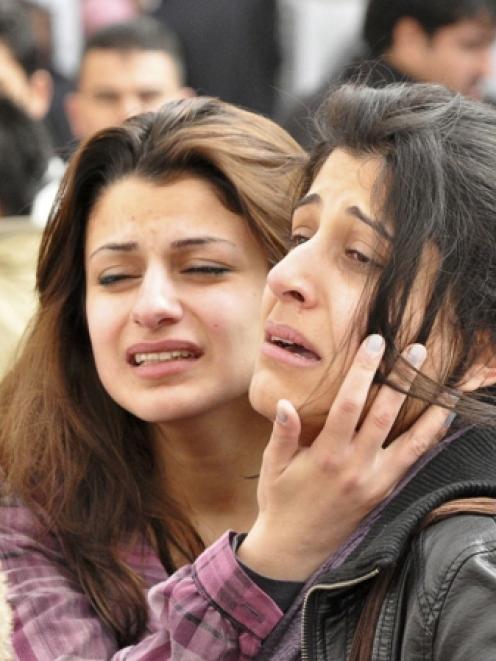 "There was an argument between the student and his American teacher ... and as a result of that argument the student shot dead his teacher using a pistol he had, and then shot himself," said Zana Mohammad Salih, governor of Iraq's Sulaimaniya Province.

Salih gave the American teacher's name as Jeremiah Small and identified the student as Beyar al-Talabani. The student initially survived the shooting but later died of his wounds in Sulaimaniya Emergency Hospital, the hospital said.

"We cannot say there is a political or religious dimension to the incident and the investigation is still going on. It is an ordinary criminal incident," the governor said.

Small's page on the photo sharing website Flickr describes him as a teacher, hailing from Washington State, and based in Sulaimaniya.

Servant Group International, a Tennessee-based Christian group which sends American teachers to work at three schools in northern Iraq, confirmed Small had died and said he had taught history and literature in Iraq since 2005.

"During the course of his teaching career he taught over 1000 students. He was a beloved teacher and friend. His love for his students extended beyond the classroom and he regularly led hiking trips, camping trips and other outdoor activities with students," it said in a statement.

"Our hearts and prayers go out to Jeremiah's family and the student's family, as well as all those who grieve at this time."

Photographs taken at the scene showed a pool of blood at the front of a classroom.

The northern Kurdish region has been spared the extreme violence that has plagued the rest of Iraq, and is the only part of the country where large numbers of Westerners live and work without special security measures.

US forces withdrew from Iraq in December, nearly nine years after the invasion that toppled dictator Saddam Hussein, which was followed by a fierce insurgency and sectarian conflict. The United States maintains a consulate in Arbil, the capital of the Kurdish zone.

A US embassy spokesman said: "We have heard reports regarding the shooting of a teacher in Sulaimaniya and are working through our consulate in Arbil and Iraqi authorities to ascertain the details of the incident.

"At this time we are waiting for identification to be complete and for the family to be notified."