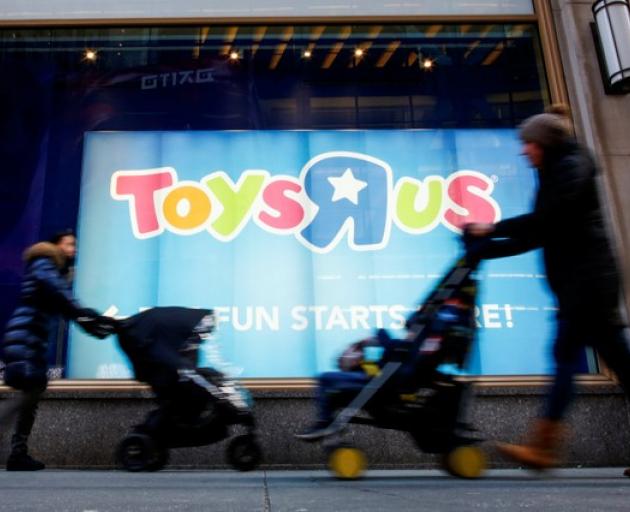 Toys 'R' Us, with roughly 33,000 full and part time US employees, was already in the process of closing one fifth of its stores as part of an attempt to emerge from one of the largest ever bankruptcies by a speciality retailer. Photo: Reuters

Toys 'R' Us Inc, the iconic US toy retailer, is shuttering all its US stores after failing to find a buyer or reach a restructuring deal with creditors to push its indebted business out of bankruptcy, the company said on Thursday.

Toys 'R' Us is seeking approval to implement the liquidation of inventory in its 735 US stores.

The closure of Toys 'R' Us and Babies 'R' Us is a blow to generations of consumers and hundreds of toy makers that sold their products at the chain's 885 US locations, including Barbie maker Mattel Inc, board game company Hasbro Inc and other large vendors like Lego.

The company also said it is in discussions with some interested parties for a deal to combine up to 200 of its top performing US stores with its Canadian operations.

The company will pursue a going concern reorganisation and a sale process for its Canadian and international operations in Asia and Central Europe, including Germany, Austria and Switzerland.

"We no longer have the financial support to continue the company's US operations. We are therefore implementing an orderly process to shutter our US operations," Toys 'R' Us Chief Executive Dave Brandon said.

Wayne, New Jersey-based Toys 'R' Us, with roughly 33,000 full and part time US employees, was already in the process of closing one fifth of its stores as part of an attempt to emerge from one of the largest ever bankruptcies by a speciality retailer.

Efforts collapsed this month after lenders decided, absent a clear reorganisation plan, they could recover more in a liquidation, closing stores and raising money from merchandise sales, sources with knowledge of the matter said.