More ships and aircraft carrying aid are due to arrive in Tonga in coming days as the international community responds to calls for urgent assistance from the Pacific island nation following a devastating volcanic eruption and tsunami.

The first flights from New Zealand and Australia landed in Tonga on Thursday with much-needed supplies of water for sanitation and hygiene as well as shelter, communication equipment and power generators.

A New Zealand maritime sustainment vessel HMNZS Aotearoa carrying 250,000 litres of water and able to produce 70,000 litres per day through a desalination plant, is expected to arrive in Tonga on Friday.

A second Australian aid flight had to turn back on Thursday due to in-flight issues and is now expected today, the Australian High Commission in Tonga said on Facebook.

More help is on the way with HMAS Adelaide en route from Brisbane and due in Tonga next week, it said. 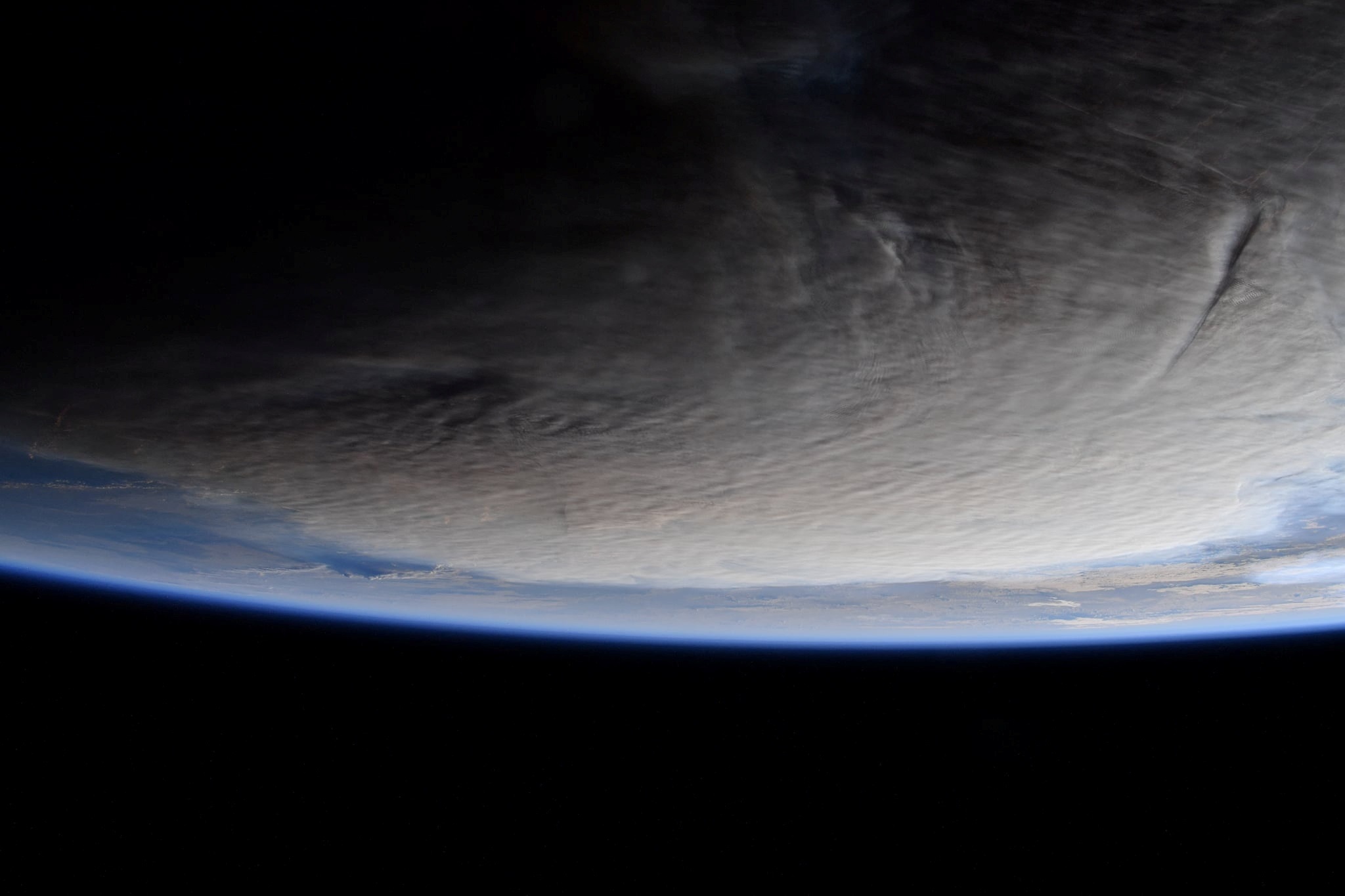 Ash from the underwater volcanic eruption in Tonga is visible from the International Space Station. Image: NASA/Astronaut Kayla Barron/via Reuters
The Hunga Tonga-Hunga Ha'apai volcano erupted with a deafening explosion on January 15, triggering tsunamis that destroyed villages, resorts and many buildings and knocked out communications for the nation of about 105,000 people.

Ash has blanketed the archipelago and spoiled much of its drinking water.

United Nations spokesperson Stéphane Dujarric said in a briefing that Tonga has asked for urgent assistance and the agency is in close contact with the authorities.

"Assessment teams have reached most parts of the country, including remote and isolated islands.

"We remain seriously concerned about access to safe water for 50,000 people throughout the country. Water quality testing continues, and most people are relying on bottled water," he said.

Some 60,000 people have been affected by damage to crops, livestock, and fisheries due to ashfall, saltwater intrusion and the potential for acid rain, Dujarric said.

There are also reports of fuel shortages, he added.

"The impact of this volcanic eruption and the subsequent tsunami and the damage the inundation is causing will be an ongoing challenge for Tonga, particularly in relation to infrastructure," she told Australian radio, adding that New Zealand and Fiji were also working closely with Tonga.

Telephone links between Tonga and the outside world were reconnected late on Wednesday, although restoring full internet services is likely to take a month or more.

Tongans have turned to social media to post images of the destruction by the tsunami and give accounts of their shock after the massive explosion.

NASA's Goddard Space Flight Center has said the force of the eruption was estimated to be the equivalent of five to 10 megatons of TNT, or more than 500 times that of the nuclear bomb the United States dropped on the Japanese city of Hiroshima at the end of World War 2.

The Queen has sent condolences to Tonga's King Tupou VI of Tonga, saying she was shocked by the devastation.

"I am shocked and saddened by the impact of the volcanic eruption and tsunami in Tonga," Elizabeth said. "My thoughts and prayers are with the people of Tonga, as you work together to recover from the damage caused.

"It must be incredibly difficult for those who are unable to contact friends and family while communications are disrupted, and I hope that they will soon be restored."