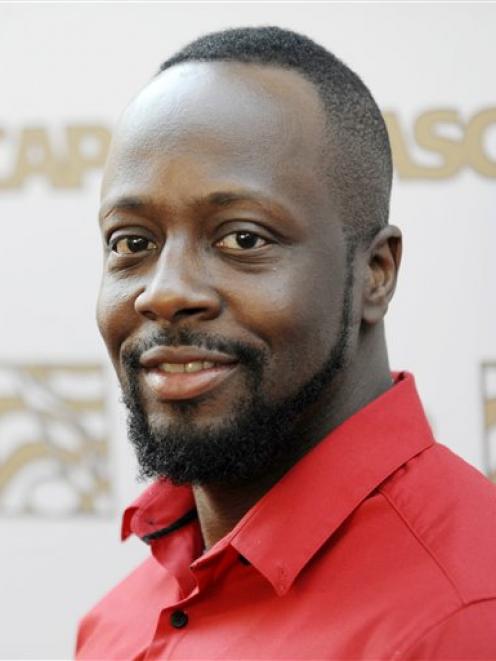 Wyclef Jean.
Singer Wyclef Jean is about to announce his candidacy for president of earthquake-ravaged Haiti, the former head of the country's Chamber of Deputies said on Tuesday.

Former Deputy Pierre Eric Jean-Jacques told The Associated Press that the hip hop artist will run as part of his coalition in the November 28 election. Jean spokeswoman Cindy Tanenbaum declined to confirm the report. She said the singer would make an announcement Thursday night in Haiti but declined to say what it would be.

Jean-Jacques, who will be seeking to return to the Chamber of Deputies in the election, confirmed he will be a candidate as part of a new coalition that calls itself "Ansanm Nou Fo," which translates as "together we are strong" in Creole.

"Yes, we have an agreement. But he's the one who has to announce it first," Jean-Jacques told AP, declining to elaborate on their political plans.

Jean is popular in Haiti for his music and for his work through his charity "Yele Haiti," which collected millions after the January 12 earthquake that killed an estimated 300,000 people and knocked down most of the government ministries and many of the homes in the capital.

Rumors have swirled for months that Jean would run for president. The singer has always been careful not to rule out a run for the office and recorded a song "If I was President."

The 37-year-old was born outside Port-au-Prince but left as a child and grew up in Brooklyn.

Dozens of candidates are expected to contest the Nov. 28 election including Jean's uncle, Haitian ambassador to the US Raymond Joseph. Other likely candidates include former prime ministers, local mayors and another popular Haitian musician, Michel "Sweet Micky" Martelly.

All must declare themselves to the country's electoral council by August 7.

Questions surround Jean's qualifications for office. He must prove he has resided in Haiti for five consecutive years, own property and have no other citizenship but Haitian. Officials have disqualified some candidates on technicalities while allowing others to run.

In recent weeks Jean's Twitter feed has been awash with original and re-tweeted demands for transparent elections, proposals for reducing Haiti's chronic poverty and calls to defend camps of the estimated 1.6 million people made homeless by the quake from forced eviction.

Jean-Jacques and other politicians, including a senator from ousted President Jean-Bertrand Aristide's Fanmi Lavalas party - which is not expected to be allowed to participate in the election - formed the Ansanm Nou Fo coalition ahead of February elections that were canceled because of the earthquake.

Haiti's next president will face an enormous task of rebuilding a country devastated by the January 12 earthquake. The office is never an easy job: Presidents have only rarely completed a constitutional five-year term - most in history have been overthrown, assassinated, declared themselves "president-for-life" or some combination of the three.