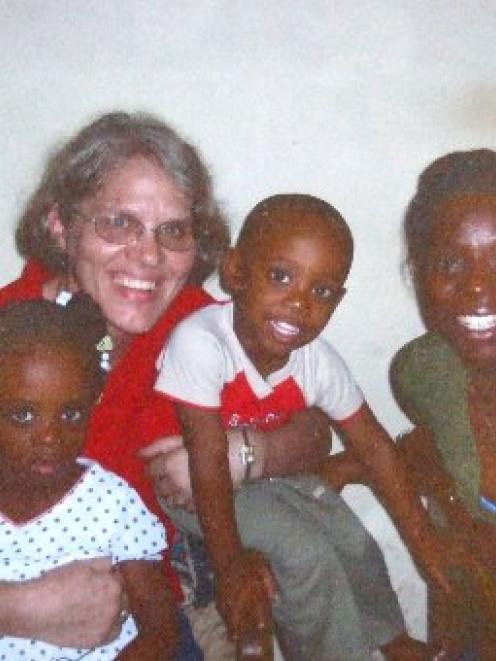 Robyn Couper with some Haitian friends. Photo supplied.
Robyn Couper has arrived in Haiti ahead of a team of three physiotherapists who arrive on Saturday as part of Project HHH - Hearts and Hands for Haiti.

In an email this week, Miss Couper, of Oamaru, who worked as a missionary in Haiti for 33 years, said much has happened in Haiti in the five months since the first Project HHH medical team returned to New Zealand, including Tropical Storm Tomas and a cholera epidemic.

She was pleased to see people being fanatical about washing their hands.

She had heard about the stress of seeing trucks carrying dead bodies, parents sending their children to school and worrying about what they were eating and touching and if they were washing their hands.

At the peak of the outbreak in Cap Haitien, there were up to 600 in a gymnasium which had been turned into a makeshift cholera centre, but it had since been closed.

The number of infected cases had dropped dramatically, she said.

"The upside of the tragedy is that things that everyone should have been doing all the time are being put into practice and are shown to be ever so effective in keeping disease at bay."

Project HHH was launched in January last year, following the devastating earthquake in the Caribbean republic.

Physiotherapists Fiona Millard, Chris Higgs and Claire Hargest will be helping at a rehabilitation centre, a venture of the University of Miami in conjunction with the Justinian Hospital in Cap Haitien.