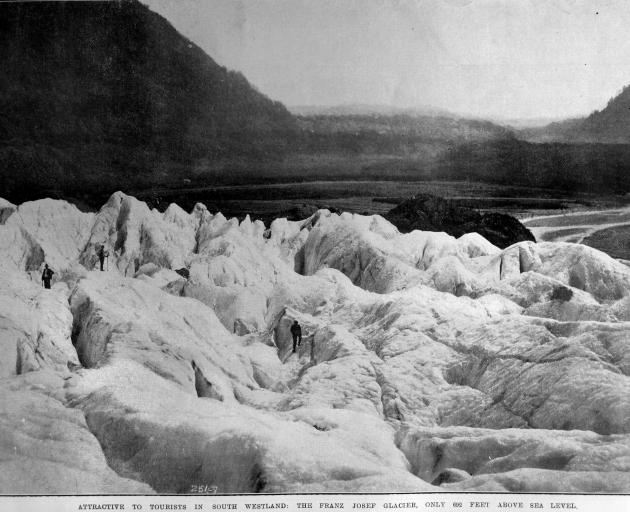 For some years past the members of the Otago Early Settlers' Association have cast longing eyes towards the late Mr A. Thomson's collection of relics of the early history of Otago. They knew that such a collection existed, and that it comprised a wide assortment of articles which would be of immense value to the museum in the Early Settlers' Hall, but they scarcely dared to hope that these rare and valuable relics would ever be made over to the association in the form of a free gift. Yet, in point of fact, this is precisely what has happened. Some days ago Mrs Thomson and the members of the family wrote offering the collection to the association. As a result, the committee of that body lost little time in arranging for a visit to the beautiful home of Mrs Thomson at Halfway Bush, in order that they might make a preliminary inspection of the historic relics. While the fame of the collection was not unknown to the members of the association prior to their visit, their astonishment and admiration when they became aware of its variety and extent knew no bounds. Old colonists, many of them, they fairly revelled in the historic documents, pictures, and photographs which were spread out before them, calling up the traditions of the past and re-awakening associations which had been stored in the memory down a greater number of years than perhaps they cared to count. To many of them the occasion seemed to represent the finding of hidden treasure: a visit to Aladdin's cave. The collection, it may be said, comprises over 2000 separate items, including photographs, pictures, coloured and black-and-white prints and drawings, maps and sketches, original documents, and many old journals and newspapers. Included in the collection are no fewer than 310 negatives of the original photographs. The great majority of these relics relate to the early history of Otago, but not a few have a general bearing on the early days of the other parts of the dominion.

The existence at Mihiwaka of a strange sect calling themselves ``Followers of Jesus Christ'' was brought to light in the City Police Court yesterday, when a young believer of 15 years, applied to Mr J. R. Bartholomew, S.M., for exemption from military training on the ground that it was against his conscience. The circumstances showed that the boy had imbibed his religious opinions from his mother, and had become a regular member of the sect a year before. The father was cosmopolitan in his beliefs. The lad had been attending meetings of the brotherhood long before he joined it formally. Major Fraser stated that one member of the sect had undergone imprisonment under the Military Service Act rather than bear arms. In reply to him the boy expressed the opinion that if his father showed the right spirit he would not offer any resistance in the defence of his property. It would not be right for him (the witness) to fight against anyone invading the country, because one person had as much right to the country as another. The exemption was granted.

All the West Coast rivers seem to have had a record invasion of whitebait on last Sunday week. At Greymouth about 200 tins were caught, while there were very good catches southward. The Buller river saw the best ``takes'' for over eight years, more than 300 tins being caught.

We saw that sect, coming out of the Mihiwaka tunnel.