The amazing career of Wing: my story 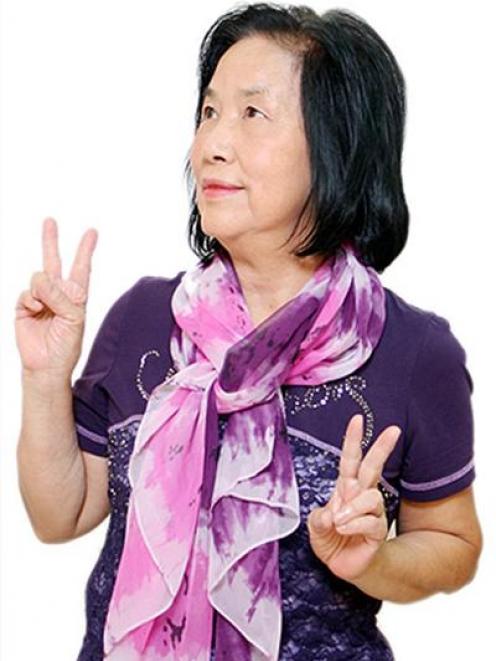 Photo supplied.
It has been a while since I looked into the career of the extraordinary singer Wing. Which is strange, given that for five years, this woman and her multi-keyed tempo-less voice dominated my life like a giant ever-clanging cathedral bell dominates silence.

Pretty much every second phone call at Records Records was from Wing, as shrill as the shrillest thing what ever shrilled, forever wanting advice, running startling new marketing plans past my astounded ears, or revealing news of yet more overseas interest in a career she felt quite sure was heading for the very top. It was, and is, a remarkable tale, one that defied belief in 2003, but in the Kardashian world we now live in, the world of appalling American Idol auditions rating higher than the closing stages of the contest, it does perhaps makes sense. Whoever thought there would be another Florence Foster-Jenkins?

Wing came to Auckland from Hong Kong, and, boosted by an incomprehensible council grant, was soon making CDs and singing for blind folk and at old folks' homes. The show tunes CDs were so out of time and tune, but Wing being Wing, she sent them to every music store in the country's Yellow Pages. I loved these CDs to death and played them to everyone. I also ordered a dozen for the shop, and they sold out like cakes that were hotter than hot.

The rest is, ow you say, history. Wing was so amazed Records Records wanted her CDs she flew down to meet me. I smelt a story here like no other story I had ever smelt before and, in May 2003, the Listener ran my effusive Listen To This feature. Our son built her a website with samples of her music and, almost within hours, the link had been sent around every office building in the world as workers suspended important travail to spread the word. Radio stations in Australia and San Francisco demanded interviews, she turned up on Graham Norton's television show, started playing gigs all over New Zealand and, before you ask the question - Is She Real? - her website had had one million hits.

Things got even crazier. The makers of South Park gave her a whole episode (episode 903; it's called ''Wing'' and stars Sylvester Stallone) and she flew to America for shows at legendary New York jazz venues Birdland and The Blue Note, plus other appearances in San Francisco, England, Australia and Austin's industry showcase, South By Southwest. Air New Zealand used her in a TV advertising campaign.

Back when I was giving her advice, which included telling her not to try and put Wing vending machines in music stores because the owners would not like being cut out of the profits, she would religiously record my every suggestion. This included albums of the Carpenters (still her best), the Beatles and Abba, all howling gems. I did not however suggest she do AC/DC - a radio station in America made her do that. It won't work, I told her. She did two AC/DC CDs. Did they work? How DOES a Wing CD work?

The pressure of the relentless phone calls and the feeling that my work was done ended the Wing experience. Besides, I was getting a kidney transplant, and if she rang during that, I was finished. She was already probably bigger globally than anyone else in New Zealand music, even though her singing redefined auditory surrealism. She would have been the jewelled tiara in my CV, but I have never had a CV.

Last week I went back to her website, www.wingmusic.co.nz. Phew! Six million hits now, and 21 CDs, one even lashing her larynx to rap. My influence remains. I once got her to sing Happy Birthday to a prominent member of the local judiciary over the phone. She now does this for $US13 ($NZ15.85).

Wing looks confident in the web photos, she uses the Churchillian two-fingered victory sign like she means it. Good on her. She is not a young woman. She has built a significant career against all expectations. Wing is a lesson to us all.