Ardern vs Collins: Round one goes to the PM

Round one goes to the PM.

She got the better of Judith Collins in the house today.

This was the big match-up. The first time we were going to see Judith go up against Jacinda. And people were clearly tuning in. Question Time was streaming on most of the major news sites, the parliamentary website became difficult to log on to, and apparently the press gallery was full.

Both women seemed nervous. There seemed to be tension in the house. At the start it was pin-drop quiet in there. And then Jacinda dropped her zinger.

Explaining the light rail delay: "As she would well know, sometimes it takes a little longer than you'd like to get what you want." 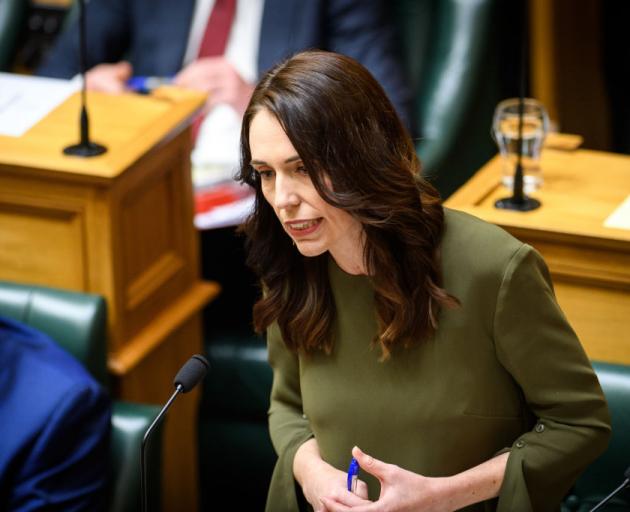 Prime Minister Jacinda Ardern responds to questions by opposition leader Judith Collins in Parliament today. Photo: Getty Images
And with that, a lot of people would've made their minds up: this is not going to be an election where Judith pushes Jacinda around at all.

Now, some of this is a function of how Question Time works. The person answering always gets more space to shine than the person just asking the question. But it is also at least because the Nats chose badly with their topic: transport. That was probably because they want to remind voters that Labour hasn't delivered much, including light rail. But it was way too easy to flip and turn into an attack on National's own costing of its own transport plans. And it feels like last year's problem. Light rail doesn't matter quite as much post-Covid does it?

But the biggest problem was Judith. Sassy Judith didn't turn up. There was no smirk, no zingers. 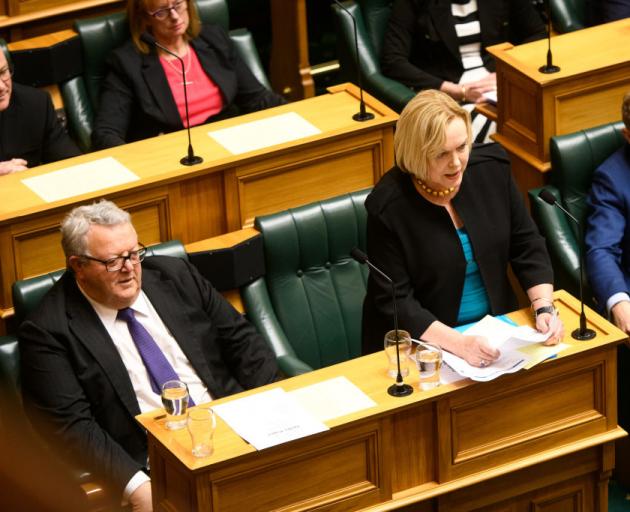 It was like the wind had been taken out of her sails. And you can probably guess at why that was. The Andrew Falloon porn-pix scandal has got uglier overnight. There are now more complainants alleging the same thing: that he sent them rude pictures too. The police are now said to be considering whether to reopen their investigation. And the Nats are – quite rightly – under fire for apparently using mental health as a PR strategy to get everyone to back off.

Collins' honeymoon as leader has come to an abrupt, screeching halt.

A fantastic performance in the house today would've helped. It could've told voters that even if the team is letting her down, Judith can still bring it. But she didn't.

Heather has always been part of Jacinda's fan club, so I do not expect independent reporting and it shows over the last 3 years in her analysis.

You are quite wrong. H du Plessis-Allan, 'Sarie Marais' to us, is a fervent critic of JA and the government. Please explain from whence came your view? Certainly not from listening to Newstalk ZB.

You are misinformed or uninformed.

Intelligent people try to motivate and help others. They do this because they are not afraid of being overshadowed. They have a healthy level of confidence and are smart enough to accurately assess their own competence. Stupid people on the other hand tend to badmouth others in order to look better themselves. They believe themselves to be above everyone else and are always quick to judge. Prejudice is very much not a sign of intelligence. Who are you to judge misinformed or uninformed?

Sadly Collins seems to be Muller 2. Someone who has been reading her own press releases for so long she thinks that they are true. She has forgotten that 'Crusher Collins' is no more real than the Wizard of Oz was, and now that the curtains are being drawn back we get to see that the reality is deficient in all regards.
National is a sinking ship, the rats are leaving and all that's left is a Captain that is at best a Chihuahua wearing a Rottweiler mask, and a band of inept new recruits mixed with a couple of rejects.
Simon Bridges may have been hopeless, but he was still the best that they had. Watching this I have to wonder if Collins will even last as long as Muller did.

I'll vote for anyone who isn't Ardern at this point.

I suspect a large part of New Zealand feels the same way.

I suspect a much larger part doesn't.