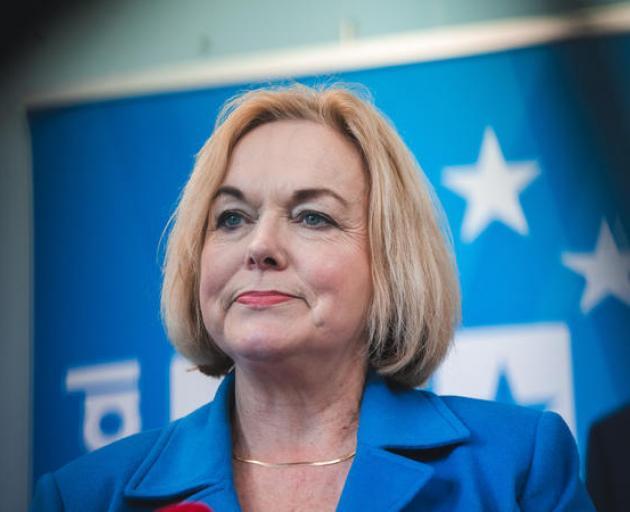 Judith Collins. Photo: RNZ
National Party leader Judith Collins entering the fray over the name Aotearoa was more tizzy in a time warp than storm in a teacup.

Even if it may have pleased some party faithful, her discussion of this non-issue, followed by the confusing flip-flop over the Conversion Practices Prohibition Legislation Bill, was hardly the best public build-up for the weekend’s National Party annual meeting.

Somehow, National backbencher Stuart Smith has the idea there is a plot afoot to change the official name of New Zealand to Aotearoa and he wants us to have a conversation about it.

Even though people and organisations in a variety of settings, formal and informal, have been referring to Aotearoa or Aotearoa New Zealand for years, Mr Smith wants us to believe the Government and the public service are stealthily changing the name from New Zealand to Aotearoa. (Incidentally, we do not refer to New Zealand Aotearoa because, apart from anything else, it does not seem to roll off the tongue so easily. Asked about this, University of Canterbury linguistics professor Jen Hay points out that in Maori all vowels are produced distinctly, something we do not do in English, where we routinely reduce unstressed vowels to a neutral sound produced with minimum effort. Her guess is it makes more sense to say Aotearoa first because the syllables requiring the most effort are at the beginning of the phrase where speakers have the most energy.)

After he wrote about his concerns in a Stuff opinion piece, Mr Smith said what impacted him the most was the sheer number of people who expressed thanks he is advocating for New Zealanders to be involved in making this decision. They told him they felt the Labour Government had been ‘‘arrogant in changing it de facto without any public discussion’’.

This strength of feeling, no matter the perspective, convinced Mr Smith a referendum was necessary.

Who has been demonised so far for not using Aotearoa? There has been no decision to change the name. If people are not comfortable saying Aotearoa, nobody is forcing them to. Its use is part of an increasing use of Maori (which is, after all, one of our official languages) in everyday life.

Ms Collins is at pains to tell us her caucus is ‘‘very focused on the things that matter to New Zealanders” but who, apart from Mr Smith perhaps, is lying awake at night worrying about Aotearoa versus New Zealand?

In his statement telling us National says we should put it to the vote, Mr Smith is silly enough to remind voters about the flag referendums, something he may be alone in seeing as a triumph of democracy.

They were an expensive botch-up which achieved nothing. The man behind the referendums, former National prime minister Sir John Key might like to believe his legacy would primarily be economic leadership, but many may only remember the flag fiasco.

Instead of backing Mr Smith, the sensible thing for Ms Collins to do would have been to smile sweetly and laugh this off as a rush of blood to the head from one of her backbenchers and quickly change the subject to something else.

As we have said before, Ms Collins aligning herself with issues based on questionable premises may get headlines, but it detracts from the work of those MPs doing the mahi in Opposition, asking valid questions and holding the Government to account.

If she wants to convince us she is leading a united caucus focused on things that matter to New Zealanders, it is time for Ms Collins to ditch the dog whistle.

NEW ZEALAND, NOW AND FOREVER.. We are known around the world as New Zealand. I believe there is a small number of people with self interest as their driving force pushing for change in names all over New Zealand . I also believe that New Zealanders as a whole do not want a name change or changes . It seems to me as though freedom of expression is being suppressed in New Zealand. What has happened to our News Papers where once we would have free and open comments on all issues . What about the voice of the people our PRESS having an open debate on this issue . I can assure that there is one . There is a lot of discussion taking place but people fear their opinions will misconstrued and perhaps taken out of text. I read today that someone wants to change the name of our most famous Lake. Lake Wakatipu . IT is happening all over NEW ZEALAND . IT is time the People had a say in the future of their Country. IT Does not belong to a few self appointed intellectuals . I Ask our press to take it to the people for you are the only voice the citizens have . Surely we are still a democracy . Thankyou for allowing me express my opinion without censorship.