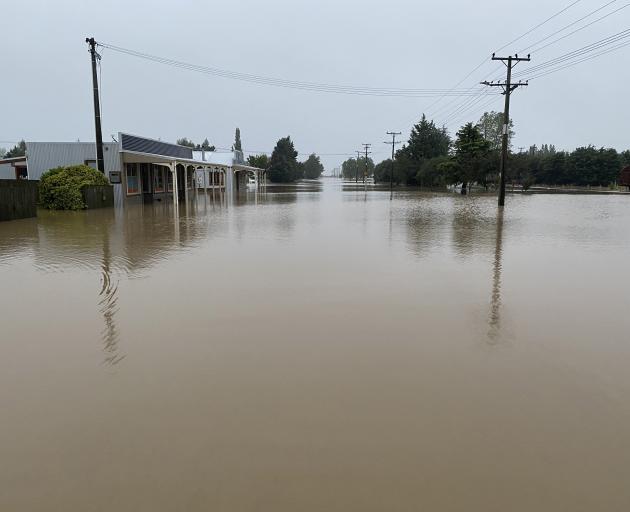 Snow Ave, Middlemarch during flooding. PHOTO: RICHARD EMERSON
If 2020 has taught us anything, it is the importance of officials releasing clear, accurate and rapid information to the public as soon as possible.

A vital factor in New Zealand’s successful response to the Covid-19 pandemic was the daily availability of those in charge of meeting that public health crisis to brief the public and answer questions on behalf of that public asked by the media.

Those questions were almost always fair and reasonable and — generally — those who were asked them responded immediately, or ensured that answers were given later in the day.

While there are always circumstances where concerns about privacy or legal requirements mean officials cannot release in its entirety the information they have available to them, the fact people were standing up to be accountable was highly influential.

New Zealanders’ willingness to accede to enormous impositions on their personal freedom was in no small part due to such immediacy and transparency.

People knew Covid-19 was a real threat, and understood what was being asked of them and why, because trustworthy people stood up and told them.

Although the context was very different, the early days of 2021 have again emphasised the importance of letting the people directly affected by an event have as much information as possible.

The heavy rain which saturated our region in the past few days had the potential to create widespread serious flooding.

People were understandably anxious, and this at a time of year when the machinery to disseminate public service information quickly was largely in mothballs for the holidays.

The much-maligned Dunedin City Council was fast out of the blocks, alerting residents through all available channels that flooding was possible, and calling on residents to help sandbag.

Leaving aside the issue of the readiness of the city’s infrastructure to deal with heavy rain, civic leaders were commendably proactive in getting appropriate messages out.

Likewise, the MetService and the New Zealand Transport Agency issued regular alerts, keeping holidaymakers and travellers aware of what was going on.

Otago Regional Council, likewise, fired out several advisories, although it did fumble the ball when replying to Otago Daily Times queries about flood protection schemes with a, self-described, "holding pattern comment".

While absolutely accepting that the council was dealing with an urgent and fast-moving situation, the questions were relevant to current events and reflected the concerns of the community and warranted a more timely response.

That is not a petty or self-centred gripe: publicly-funded organisations should answer questions asked in the public interest on matters of immediate concern with speed.

These remain uncertain times, and those in possession of information of significant public interest should share as much as they can to allay people’s concerns.

It is easily forgotten in complacent New Zealand, where the remarkable lack of community transmission cases means we have by and large enjoyed Christmas as normal, that much of the rest of the world is enduring our equivalent of an Alert Level 4 lockdown — in some countries for the third or fourth time.

We have been constantly, and correctly, warned to remain on our guard, and staff have remained at their desks to let New Zealanders know important public health information immediately.

For example, Southern District Health Board medical officer of health Susan Jack was available to the ODT — and hence readers throughout the South, both in print and social media — within minutes of being asked, and provided a full update on how measures to deal with any Covid-19 issues at major New Year’s Eve events were progressing.

Almost everyone who attended the Rhythm and Alps music festival at Cardrona used the Covid-19 app to scan in, in no small part because advance plans were carefully put in place by the SDHB and others, and well-communicated to those who needed to know.

That communications plan is a template for all organisations to follow as 2021 unfolds.

Your point would be what exactly? They did what they are paid to do. As far as the quality of the service, maybe ask the people in flood areas like Henley. I guarantee you they have a very different opinion. So stop with the propaganda already!