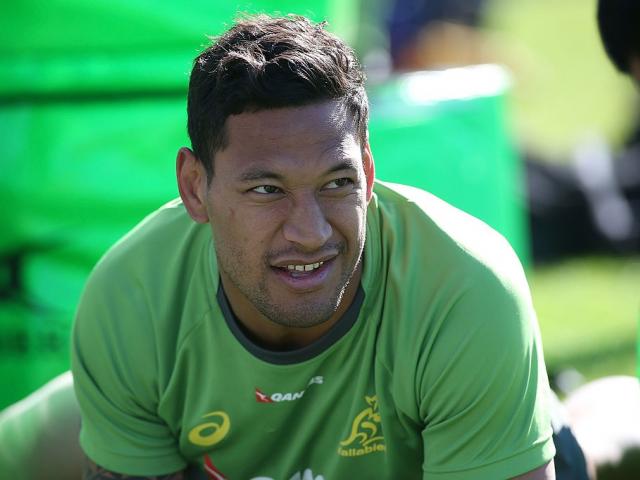 It's always sad when an immensely talented sports star gains notoriety for something other than their sporting prowess. Most fans use and view sports as a distraction from the everyday, as an enjoyable means to healthy ends. When the sacred is distorted by the profane, views harden.

And so it has been with Folau. The 30-year-old has offended a swathe of his fans, seen his contract ripped up, and faced the ignominy of having his fundraising efforts shut down. He has been vilified as a symbol of intolerance.

As is so often the case in life, context should be sought and understood before knives are sharpened. Folau was employed, ostensibly, to play rugby. He did a fine job, too, recently becoming Super Rugby's record try-scorer.

He has not been guilty of foul play, egregious aggression, stomping, eye-gouging, taunts or on-field abuse. He has not brought the game into disrepute by over-indulging in substances, urinating on fans, stumbling around nude after a wild night out or assaulting his partner. All of those ''sins'' have been committed by fellow sportsmen who have not had their contracts torn up as a result.

Nor has Folau gone out seeking the audience of gay people in order to humiliate, abuse, intimidate or assault them. He has simply stated his deeply held fundamentalist Christian beliefs - beliefs in keeping with some interpretations of the bibles found in bedside drawers in hotel rooms around the world. He has always been open about his faith. His comments that ''homosexuals'' are headed to hell were no surprise.

He holds these in common with many others, and the consequence of his comments could therefore seem unfair given his actions.

But the issue isn't that simple. He was an employee of a rugby business. And not only do that business' fans help pay for the game and its players' wages, they also provide an audience for advertisers willing to speak to that market. Those advertisers contribute vast sums which keep the game solvent.

When players negotiate the sort of money Folau was paid, they should understand the revenue comes from fans. Rugby organisations and their sponsors must do all they can to grow that fanbase while not losing existing fans. The reality is a business can't pay huge money to an employee who is actively, knowingly and passionately ostracising a significant portion of that business' revenue stream.

Rugby Australia was ready to try to compromise. But such is the certainty of Folau's position, and those advising him, that that was not possible. Folau's black-and-white world view was that he had no option but to try to ''save'' others from ''hell'', to battle the forces of Satan.

Folau, foolishly, could not follow the example of Sonny Bill Williams or Sir Michael Jones, and live out his beliefs in the way they live and in thoughtful speech. That sort of proselytising would actually be more effective.

It is certainly Folau's right to challenge the termination of his contract, as it is the right of supporters to help fund that challenge. But that doesn't mean he should play his part in deepening the divides. It would be much better for all that he should move with grace.

Meanwhile, those rightly appalled and saddened by his defiance will know he is willing to stand by what he believes. Hopefully, those hurt by or vulnerable to his opinions can actually be heartened and strengthened by the forceful public reaction. We can comprehensively reject what Folau stands for without vilifying him, without ourselves showing the same degree of intolerance we see in him.

Rubbish, he's attract a swarm of activist digital stormtroopers. The silent majority are not so silent now that the anti-religion, anti-free speech goons have directly attacked them.

Folau has been crucified, like many Christians before him.

Sir Michael Jones is a kind and thoughtful man but I don't recall the media cutting him any slack when he declined to play in World Cup Semi Final because it was a Sunday game. He got a lot of hate because of that decision.

When it comes to sins, sin always betrays its followers.