The issue with our airports 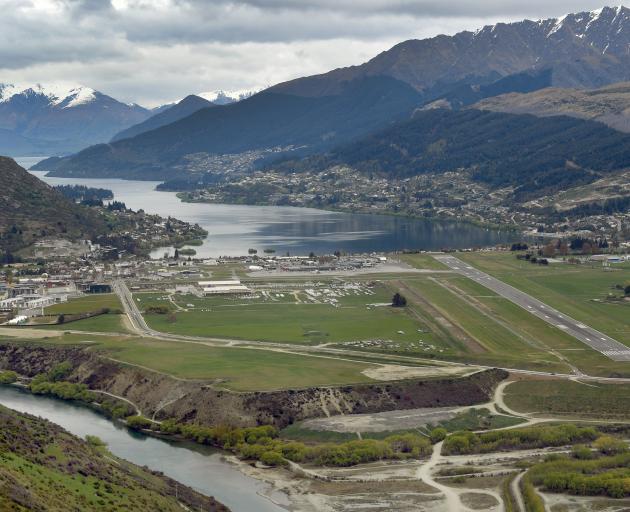 Queenstown Airport - problem or opportunity? PHOTO: STEPHEN JAQUIERY
For Queenstown, the hot topic of the moment is people arriving by air.

Too many already, some believe, and too many by far expected over the next 25 years.

It is a huge problem for the Queenstown Lakes District Council, and having its Queenstown Airport Corporation borrow hundreds of millions of dollars to develop Wanaka Airport - to take some of the load off Queenstown - appears to be top of its list of solutions.

But where is the rest of Otago and Southland in this?

Canterbury, with a population of just above 600,000 has one big commercial airport (not counting Timaru).

Otago and Southland, with a combined population of about 330,000, have substantial airports at Dunedin, Invercargill, Queenstown, and potentially Wanaka. And, as everyone points out, there is plenty of spare capacity at Invercargill and Dunedin.

The projection is for a rise in air passenger movements to the Lakes district from just over two million at present to just over seven million by 2045.

Even five million would be a step way too far for many residents around Queenstown Airport concerned about noise and congestion.

So, what we have is Queenstown with a potential oversupply of passengers, and Invercargill and Dunedin with an existing undersupply.

Surely, that makes one small local authority's problem a huge opportunity for the entire region. It begs an Otago-Southland strategy that will serve for decades, not a localised stopgap measure many suggest the development of Wanaka Airport would be.

But, where is the united Otago-Southland voice? Is there one; has there ever been one outside rugby since the abolition of provincial government in 1876? Was there even one then?

The Otago Regional Council is as close as the province gets to a region-wide organisation but its transport mandate extends only as far as buses.

Millions of dollars of ratepayer money have been spent over the years to attract tourists to the South.

Well, here they are. Perhaps the South as a region - rather than individual local authorities representing small numbers of ratepayers - should roll out a welcome mat that is broader than the tarmac at Frankton.

Perhaps, instead of spending money on new airports, or redeveloped airports, the money might be found to fix the road around the side of Lake Wakatipu, or through the Manuka Gorge.

Perhaps the Queenstown Airport Corporation could bump up landing fees and turn its Frankton airport into a premium destination.

There is no shortage of ideas on how to solve the problem, but there seems to be a shortage of leadership willing and able to look beyond the horizon of their own piece of Southern turf.

Queenstown ZQN = runway too short, danger, mountains, noise, limited aircraft types, taking over the town.
Wanaka WKA = would take the heat off ZQN but would only be a stop gap measure, ruin Wanaka, cost "borrow hundreds of millions of dollars".
Tarras or similar = cost 2 Bil, require land confiscation, legislation, would take years, ruin the area and still elements of dangers and weather.
Dunedin DUD = viable but far too long a distance on a rough road to Central, is not attractive which is why they are down to just one daily internatonal flight.
Lumsden = doable, good marketable location but again, huge cost and would ruin that area which is why the earlier application got turned down.
Invercargill IVC = one of the longest runways in NZ, the most clearest of air space, no mountains, infrastructure there, accepatable distance to Central, has its own torist attractions (Stewart Is/ Milford).
"have we missed any?" = Gore DC & Clutha DC.
Yes roads need doing up and more than just Manuka Gorge but we need an international airport down south accessible to Q and Central.