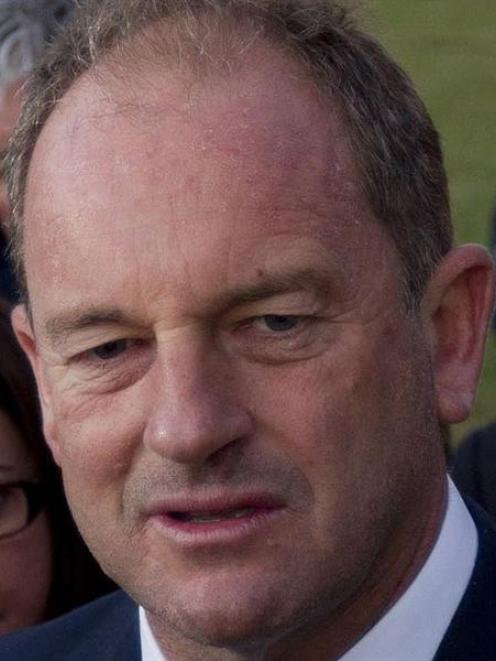 David Shearer.
Labour leader David Shearer has firmly established his brand on the party's parliamentary presence this week with his front bench shake-up and the changing of positions of those further down the list.

There is always some scepticism that an Opposition leader can achieve any real cut-through with such reinventions, given the Government takes precedence in media coverage because it holds the reins of power. That power means media and public attention follow the decision-making of the executive, leaving the Opposition to fight for scraps. In the case of New Zealand's Parliament, Mr Shearer and his team have in the past made little headway against Prime Minister John Key and National. The Government and its representatives have endured through some potentially career-ending muddles partly because of a lack of firepower from across the debating chamber.

Question time in the House remains a mystery to most of the voting public, which believes name-calling dominates much of the hour set aside for the questioning of ministers. But question time is - or should be - a chance for the Opposition to tackle the Government on issues of the day. The Opposition has a job to unsettle the Government through probing questions - to which it knows the answers - and to prove to the voting public that it is ready to govern. An Opposition must make a compelling argument as to why voters should elevate it to the Treasury benches at an election.

Mr Shearer early in his term as leader made clear that MPs performing well would be rewarded. It makes sense for him to provide those people with a long period before the next election in which to make their mark.

The return of Annette King to the front bench and the role of health spokeswoman is a sign the gloves are about to come off. Health Minister Tony Ryall has been untouchable for more than four years, despite growing waiting lists, budget blow-outs and restructuring - including that of the southern health authorities. Mrs King is a former health minister and will be able to land some telling blows.

Pleasingly for Dunedin is the recognition that first-term MP David Clark has a future of note forecast for him in Labour. Mr Shearer called him a rising star, a label worth noting as Dr Clark moves into the important role of economic development and small business. He will work closely with finance spokesman David Parker, something he did in Parliament before he was an MP.

Dunedin has a long history of producing Cabinet ministers, with National list MP Michael Woodhouse recently becoming the first Dunedin-based National Party MP to achieve a Cabinet ranking. But Labour has traditionally promoted to Cabinet politicians from the city and Dr Clark, along with Dunedin South MP Clare Curran, are expected to represent the city at the top level in the future. Without predicting how the chips will fall for Dr Clark, it is nevertheless not impossible to see him as a future party leader or even prime minister. He is certainly regarded as leadership material.

The reality is, of course, that Labour and the Greens could form the next government. Mr Key was realistic when he predicted next year's election will be a ''very, very tight race.''

With support for the Greens remaining at election night highs, it is conceivable that party could have five ministers in any future government, perhaps even including a deputy prime minister. Mr Shearer has given the role for the environment to Maryan Street in an effort to counter some of the progress made by the Greens.

Dr Clark has been tasked with finding ways to diversify the economy in a sustainable way, again to take some of the attention away from the Greens. Despite the need to govern together, Labour and the Greens are not always natural friends, with each party continuing to snipe away at each other. To provide the electorate with a compelling argument on why it should vote for a Labour-Green government though, some collaboration is necessary.

Despite the reshuffle, however, the main problem for Labour is with Mr Shearer. He needs to find a way to connect with voters to put him within striking distance of Mr Key's enduring popularity.