Time for buses to belt up?

The potential benefit of wearing seat belts on buses is again a topic of debate following the horror crash near Rotorua last week.

Five people were killed when a bus with 27 Chinese tourists on board rolled in poor weather on State Highway 5 at Ngatira. Four of the dead were adults, one a small child.

It seems odd, to some, that the bus remains a sort of outlier of all four-wheeled vehicles on our roads in that it is not compulsory for passengers - though it is, obviously, for the driver - to wear belts, if fitted.

Road safety campaigners were calling for the fitting and usage of bus belts to be mandatory before the latest tragedy. St John and Brake NZ, to name two, have openly called for a law change in the past.

There is certainly some weight to the argument that wearing bus belts should become compulsory, but social and economic factors likely mean getting to that point would take some time.

The bad old days, when there was a certain reluctance from many to make it click in cars, are long gone. Few are the drivers and passengers now who do not reach for their belts almost without thinking. It is considered normal, as well as safe, behaviour.

That is the result, presumably, of years of education. The message that belts are essential in cars - that you would, in fact, be utterly stupid to travel in a car without a belt - has been hammered for decades, and has taken root.

Normalising the use of seat belts while travelling on a bus could be the next challenge. While some long-haul buses are now equipped with belts, only a tiny percentage of passengers use them. It will take some time to embed the feeling that the first thing a passenger must do on a bus is not adjust the air-conditioning control or check the Wi-Fi signal but pull a belt over one's chest.

Economic factors would also come into play. While many new buses come fitted with belts, the cost of retro-fitting entire fleets would be astronomical, and it would be unfair for private companies to bear that cost.

Perhaps a compromise will eventually be reached. Clearly, the wearing of belts on buses travelling around cities at low speeds is impractical, so any law change could pertain only to the open road, for buses travelling at high speeds on New Zealand's famously awful highways.

Bus travel is an extremely safe mode of transport, it must be acknowledged. St John last year noted it attended only six bus crashes a year, on average.

That being said, fatalities could be avoided if New Zealand followed the lead of some countries and made the wearing of belts on buses both the rule of law and ''normal'' behaviour. It is not an issue that should be discarded without serious thought. 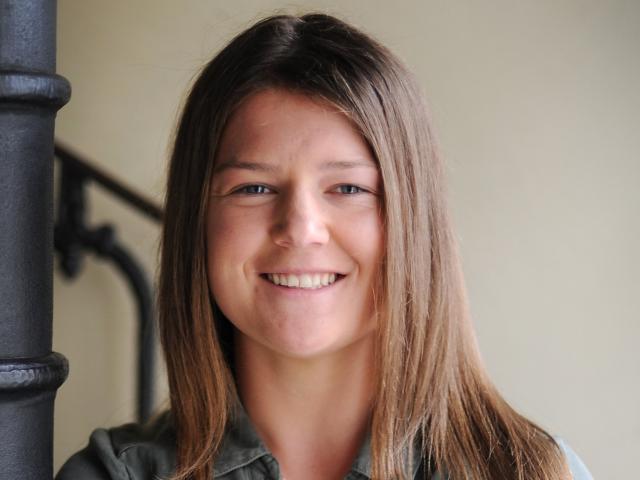 Courtney Duncan
AND ANOTHER THING

At 23, the Palmerston phenom would appear to have time on her hands, but hers is a demanding, unforgiving sport, and a top motocross rider needs to cash in when she is running hot.

Duncan has also had to cope with the pain of three near-misses in recent years, so a touch of relief at finally ruling the world is understandable.

If women's sport is to maintain its recent upswing, champions like Duncan will be at the forefront.