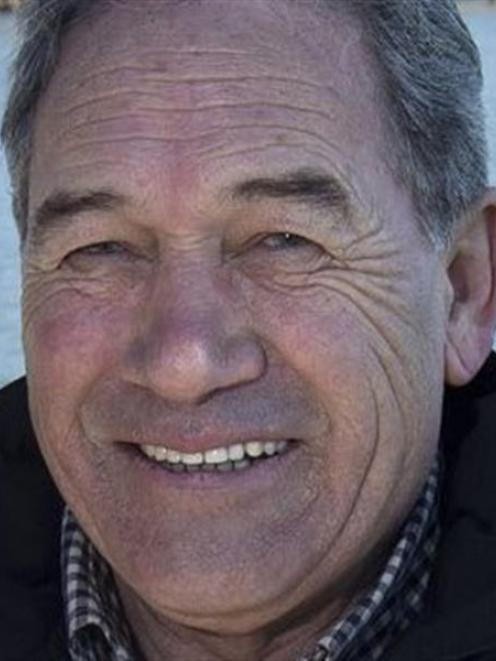 Winston Peters.
Prime Minister John Key will face an early litmus test of how his Government is tracking when the Northland by-election is held on March 28.

The by-election is being held to find a new MP for the electorate after the sudden departure from Parliament of Mike Sabin, the former chairman of the law and order select committee.

Much was made at the time by Opposition MPs of when and how much Mr Key knew about the motives behind Mr Sabin's departure but, by and large, the public has moved on.

Whether the respective political parties standing candidates in the electorate will be able to generate much noise about the so-called cover-up has yet to be determined.

What is obvious, however, is the lessons learned from previous New Zealand by-elections is ruling parties get punished - sometimes for no better reason than supporters expect the result to keep the status quo.

Labour and Act New Zealand have selected candidates for the by-election, both of whom have stood for Parliament before.

Northland is blue ribbon National Party, with Mr Sabin holding the seat last year with a majority of more than 9000.

On paper, the by-election should be an easy win for National.

The wildcard, however, is New Zealand First leader Winston Peters.

Since Waitangi Day, Mr Peters has played his usual game with the media and voters of hinting, but not confirming, his intentions of standing in Northland - perhaps.

It is a tactic well tested by Mr Peters, one of the longest-serving MPs in Parliament.

Mr Peters first arrived at the Beehive as a National MP in 1978, fittingly in controversial circumstances after winning in the High Court an electoral petition which overturned the election night result for the seat of Hunua.

He lost the seat in 1981, but in 1984, he successfully stood in the electorate of Tauranga.

His time in Parliament was interrupted for another three years after the 2008 election, in which New Zealand First did badly at the polls.

Controversy has famously dogged the career of Mr Peters, once promoted as the man most likely to be New Zealand's first Maori prime minister (but who managed to get offside with so many people in National, he was banished and went off to form his own party).

Mr Peters is 70 next month, and whether he wants to run a gruelling campaign to try to win Northland from National - with whom he seems still at war - just to spite Mr Key is the big question.

The NZ First leader lives a comfortable life in one of Auckland's leafy suburbs.

As a list MP, he is not required to hold electorate clinics and can come and go as he likes. Failure to win the by-election would hurt Mr Peters, but winning could make things much worse.

Anything less than an active profile in what is a far-flung electorate will be used against him to tarnish the reputation he has with supporters.

And ironically, if he did win, United Future leader Peter Dunne - someone Mr Peters seems to dislike as much as he detests Mr Key - stands to gain because National will be more dependent than ever on Mr Dunne's vote.

National, however, will be happier if Mr Peters does not stand.

The 9000-strong voter advantage it holds will be reduced no matter what, but Mr Peters is the one MP who has any hope at all of getting enough media attention to pose a threat.

If he had made an announcement to stand on or around Waitangi Day, Mr Peters would have already made the running while National decided which candidate to select. Perhaps this is an indication the NZ First leader is again toying with voters.

As it is, the waiting game will continue until Mr Peters decides it will stop