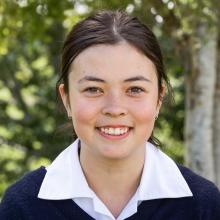 Some people tend to think feminism is just to support women’s and girls’ rights, but it is much more than that.

Feminism is a movement to try to get equality among the different sexes and genders. Some influencers use it as a way to justify actions or prove they are better than others.

This brings stigma and stereotypes of feminists just trying to get equal pay or certain medical procedures legalised.

One reason why we need feminism is because, according to the Department of Internal Affairs, in 2021 the gender pay gap was 10.8%, with women getting paid $3.78 an hour less than men. We want to change that number to 0%.

The Equal Pay Act 1972 requires women and men who are working the same or similar jobs be paid equally. It is concerning because the Government shouldn’t have to make a law to make sure women and men are paid the same.

Regardless of someone’s sex or gender they should all be paid the same amount for putting in the same effort, time and skill.

Even with this law in place there is still a gender pay gap which should never have existed in the first place.

Another reason why feminism is good is it addresses stereotypes and biases surrounding sexual assault. When talking about sexual assault most people direct women to dress better and not be so provocative, but clothes do not dictate actions.

Just because women might be showing a bit of skin does not give anyone the right to rape or assault them. No-one should have to police their own body because others can’t keep their eyes to themselves and not objectify anyone because of a piece of clothing.

It is also less likely for men to talk about their sexual assault or rape because there is so much stigma around it, for example some people say that it emasculates you and you should "man up".

Everyone’s emotions are valid, especially if they have been through something traumatic like a rape or an assault. Feeling emotion and sadness doesn’t take away your masculinity — if anything it makes someone stronger to feel and be open about their emotions.

More people should be speaking up. If more people chose to speak up about their sexual assault it could encourage others which mean it could lead to more arrests and convictions.

Standing with and for feminism means trying to break these stereotypes and getting rid of the patriarchy that still presents itself to this day.

People need to realise that the world is changing and developing to be more inclusive to everyone, not just to cis heterosexual white men.