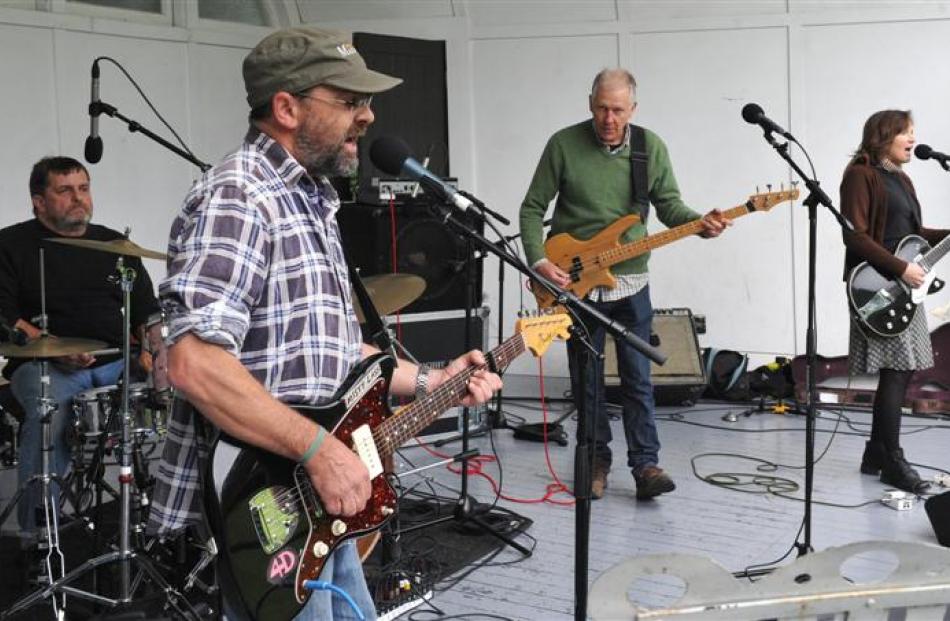 The Bats - (from left) Malcolm Grant on drums, Robert Scott on guitar, Paul Kean on bass and Kaye Woodward on guitar - perform at the Dunedin Botanic Garden on January 26. Photos by Craig Baxter. 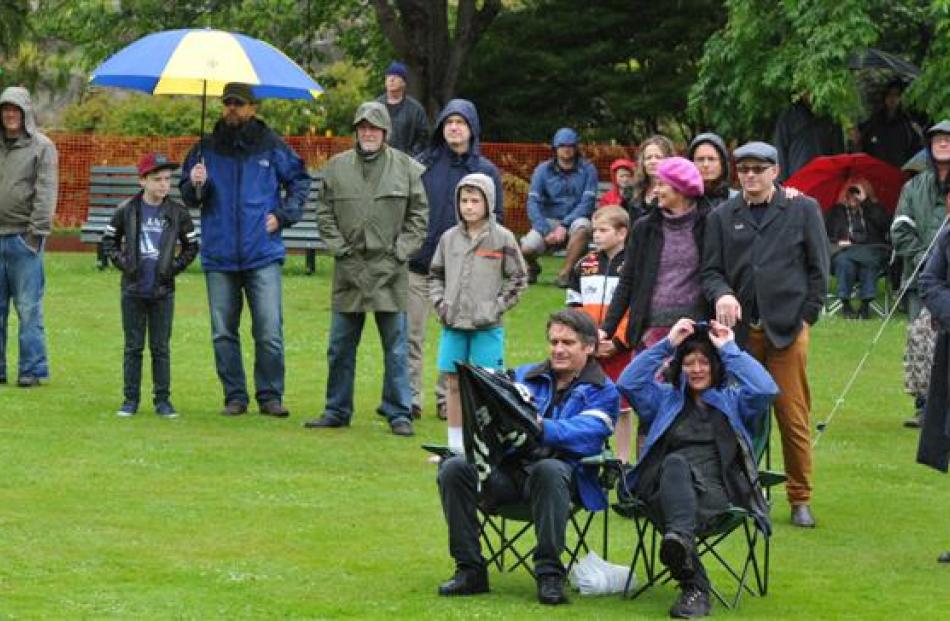 Hardy fans listen to the Bats as the rain pours down.

These days, historical quotations fly past me like uncaught trapeze artists.

Who was it who said what, and when?

Naturally I'm talking about the weather.

Was it Sophocles or Justin Bieber who said if the weather is all we have to talk about, then we are heading to hell in the ugliest of handbags?

I have never talked about the weather to anyone.

I am known to most of my close personal friends a Weatherless Roy, and I am perfectly fine with that.

But the wretched summer we have endured continues to eat away at my intestines like a C. diff virus, and I have been forced to completely rejig all my meteorological thoughts.

We had nine days in Christchurch after Christmas and we were trapped inside by howling rain the whole time.

Fortunately, we were trapped inside a multimillion-dollar home atop Mt Pleasant looking out across water to South America.

But unfortunately, the house was also a disaster for grandchildren to injure themselves to the point of serious medical attention, something that rarely happens in a tent or a fleabag motel.

Grandchildren can divine the potential of a house much better than the keenest of home-buyers, and all grandchildren need is an interesting circuit where they can chase each other around and crash into a glass table at the end.

This house had that very thing, and when the 7-year-old had chased the 4-year-old into the glass table at 300 miles an hour, cutting his lower lip and upper chin and releasing more blood than a balloonful of tomato sauce, we were not in the least bit surprised.

But we were surprised when the medical attention was two-dollar-shop superglue.

Apparently, it is often used in hospitals.

My many revered references to this magical substance on these pages finally vindicated.

After Christchurch, it was the Ida Valley, where the weather is always immaculate.

I went straight to our neighbour Barney, who, like most Central Otago farmers, can tell a weather shift simply by squinting at a distant cloud through only two of the six crow's feet that bookend his eyes.

''What's the weather going to do, Barn Door?'' I asked, as we sat swearing in his kitchen.

Barney has been speaking to us in rural riddles for years and as long we get the gist of what he is saying, then we're quite happy within ourselves.

But what sort of a reply was Norway?

The man who already knows more about farming than Fred Dagg, the only man truly qualified to run a one-man investigative inquiry into the sexual side-saddlery of Auckland Mayor Len Brown, had now embraced the world of computers.

Barney had owned a computer for nearly 10 years, but he had always thought it was a doorstop.

Someone had clearly tipped him the wink.

''You've finally turned that damned computer on, Barney?'' I asked him wittily.

I looked at the site when the magnificent Bats were playing their Sunday afternoon gig at the Botanic Garden nine days ago.

The site was cripplingly accurate, and updated within minutes.

My eyes darted from the computer screen to the Dunedin sky outside and it was like looking at two peas in a pod.

There was even a special forecast for the Botanic Garden.

The forecast was for unrelenting steady rain.

But I love the Bats, so I went and stood in front of the stage for two hours and got drenched and cold and shivery and caught a cold which became pneumonia on Monday night and last Tuesday I was admitted, so fast my feet barely touched the ground, to intensive care at Dunedin Hospital, lungs collapsing like badly made souffle.

I'm not pointing any fingers.

The Norwegians, as they do with oil and gas-drilling legislation, know their weather.