Govt secrecy over TPPA a major threat to NZ 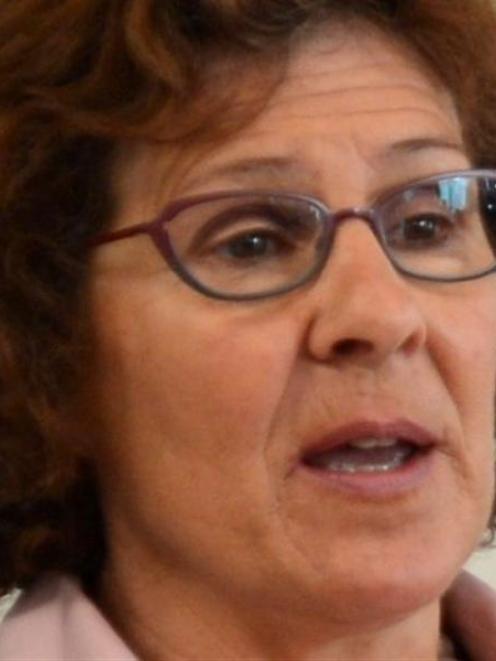 Jen Olsen.
The Trans Pacific Partnership Agreement, being negotiated dangerously in secret, is likely to increase and entrench the power and influence of transnational corporations, writes Jen Olsen.

A month ago, Wikileaks published the Investment Chapter from the Trans Pacific Partnership Agreement.

This contains one of the most controversial parts of the TPPA, the Investor State Dispute Settlement process, or ISDS.

It is very worrying that despite huge public protest against the TPPA - 10,000 people across 23 New Zealand centres took to the streets on March 7 - Trade Minister Tim Groser still sees no reason to be more transparent about the secret TPPA negotiations.

Prof Jane Kelsey, from the University of Auckland, says the leaked text shows the negotiators have completely failed to protect the interests of New Zealanders.

Under ISDS provisions, investors have the ability to sue governments if they do anything that reduces the returns on their investments.

A current example close to home is Philip Morris, the tobacco company, suing the Australian Government for loss of profit incurred by the public health legislation putting cigarettes into plain packaging.

Philip Morris is doing this under ISDS provisions in a trade agreement that Australia has with Hong Kong. Philip Morris is also suing Uruguay for increasing the size of the health warnings on cigarette packs.

There are currently hundreds of ISDS cases under dispute worldwide and they include governments saying no to nuclear power and public concern about pollution of the water supply.

In the recent case of Bilcon vs Canada, an environmental panel had declined Bilcon's investment in a quarry and marine terminal which would damage a unique marine environment.

In a split decision, the tribunal found for Bilcon, which is claiming $300 million in damages.

The dissenting arbiter said this decision will create a ''chilling'' effect on environmental legislation in Canada and elsewhere.

We can also see this chilling effect on our Government's support for health measures.

Despite the fact that there has already been a dramatic reduction in smoking commencement by youth in Australia since the introduction of plain packaging, our Government has placed New Zealand's move to plain packaging on hold pending the outcome of the ISDS case.

We should not have to rely on Wikileaks to find out what our Government is deciding on our behalf.

As an international treaty, the TPPA won't go through Parliament, and it will be binding on future governments.

New Zealanders want to know what is in the TPPA before it is signed, not afterwards, when we won't be able to do anything about it.

TPP Action Dunedin has produced an open letter opposing the secrecy of the TPPA.

The letter urges Trade Minister Tim Groser and the Ministry of Foreign Affairs and Trade to release the negotiating texts and end the secrecy around the contents of the TPPA.

It notes the European Ombudsman has successfully called for greater transparency and opportunities for public consultation in the case of the Transatlantic Trade and Investment Partnership (TTIP), the European version of the TPPA, following concerns about the consequences of secret TTIP negotiations.

The letter outlines other issues of concern and concludes: ''The TPPA appears, in the absence of democratic oversight, to be an agreement which has the effect of increasing and entrenching the power and influence wielded by transnational corporations. We want to safeguard New Zealand democracy and protect our ability to make our own decisions on matters concerning our resources, education, food, health, medicines and environment.

''We are deeply concerned that the process of negotiation with the other 11 nations involved in the TPPA will be concluded before there is a genuine opportunity for public and expert analysis and input to the decisions. We believe that the democratic process should play a central role in informing the content of binding agreements such as the TPPA.

''We call on Minister Groser and the Mfat team to make the terms and conditions of the Trans Pacific Partnership immediately available for public debate.''

So far, the letter has been endorsed by Unions Otago, the Otago Southland Branch of the Public Health Association of NZ, Tauranga and Western Bay of Plenty Grey Power and by Mike Treen, national director of Unite Union.

It has also been signed by writers Dr Philip Temple, Diane Brown and Brian Turner and documentary film-maker Bryan Bruce.

• Jen Olsen is a member of TTP Action Dunedin.