Much more than speed kills 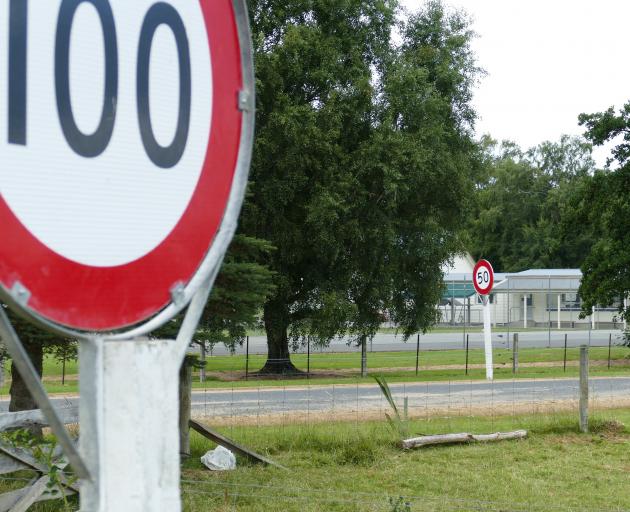 Photo: ODT files
Let’s continue to take action to improve road safety, but Jack Crawford argues the wholesale lowering of speed limits will achieve nothing but to put a leaky bandage on a festering wound.

It was no surprise to read “Lives worth more that trip times” (ODT, 21.1.22), authored by former Police Commander (and now leader of the Global Road Safety Partnership), Dave Cliff.

Equally, it is no surprise that Mr Cliff’s comments have inspired correspondents to respond both yay and nay to the sentiments expressed. His comments gel nicely with the current government media campaign which is attempting to sway public opinion on speed limits; this is no doubt the first salvo in the delusionary “Road to Zero” strategy.

Mr Cliff states: “Speed determines both the likelihood of a crash occurring and the severity of the outcome.” In a theoretical sense (and being a student in physics) I would agree with him. But the science of physics has many nuances and he touches on only one of them. If we are talking energy (speed x mass) then the huge imbalance in the weights of the vehicles permitted to share the same stretch of roads assumes at least equal importance. There will be no chance of survival in a car involved in a head-on crash with a 40-tonne truck irrespective of the speeds involved, or of the car’s NCAP (safety) rating. Speed limits must be set at a sensible level that promotes safety but not at the expense of magnifying the tyranny of distance and the quantifiable costs to business involved in slowing everything down.

If you follow Mr Cliff’s arguments to their logical conclusion, why not lower the speed limit to 30kmh? Even in that scenario, there are bound to be those who will find a way to kill themselves, and worse, others. The discussion regarding the setting of speed limits should centre on what is reasonable, in terms of compromise.

The New Zealand public is provided with very little concrete evidence to prove that drivers exceeding the current speed limits but doing nothing else wrong, contribute much (if anything) to the road toll. We learn of horrific crashes, but rarely are we informed in a timely manner as to what actually caused them. Was the offending driver behaving recklessly? I am told that about 50% of the road toll is caused by reckless driving. Had the offending driver a previous record of dangerous driving, either on that same day, or in the past? Was the offending driver angry on ‘‘P’’, or drunk? Was the offending driver texting at the time of the crash? Was the crash a suicide? Was the offending driver in control of a dangerously defective vehicle? Were the vehicles involved of a type prone to loss of control, or capable of easily killing their occupants? There are many more relevant questions, and unless you keep an eagle eye on the court cases many months from a given crash, you may never learn of the actual circumstances that led to that particular disaster. The standard police line of “speeding, alcohol, no seat belts and distraction” so conveniently glosses over the true story.

New Zealanders gain their driving licences after having passed a Road Code knowledge test, and having demonstrated their practical driving skills usually in a benign urban setting. They are neither coached nor examined on their abilities to drive at speed on the open road, to overtake, to drive on the open road at night (or in inclement conditions) or to drive on gravel surfaces. And yet these are exactly the circumstances that prevail in most of our fatal and injurious crashes. Surely this is a case of extreme negligence by the authorities over the past decades.

The road toll will continue to be unacceptably high, irrespective of Mr Cliff’s proposed speed limits, simply because a significant proportion of drivers lack the required competencies and attitudes.

He need only ask his erstwhile colleagues who patrol our highways to be resoundingly informed that it is lucky that the road toll is not much greater than it already is, on account of the abysmal standard of driving skills, decision-making and hazard awareness, not to mention the prevalence of sheer defiant recklessness.

By all means, let’s continue to take action to improve road safety. But the wholesale lowering of speed limits will achieve nothing but to put a leaky bandage on a festering wound. It will act to inhibit valuable social connectivity, and add to the already ballooning costs of doing business. Effectively, it would be yet another example of the responsible majority having to acquiesce to the dangerous tendencies of the maladjusted minority.

- Jack Crawford, of Dunedin, is a former chairman of Automobile Association Otago.

an excellent article that reveals many of the flaws in the new road safety campaign. I doubt any would argue for safer roads but this campaign will do little, if anything, to achieve that. I recall a saying about doing the same thing over and over again and hoping for a different result - seems to describe this failed many times approach.

I couldn't agree more with Jack Crawford, former chairman of Automobile Association Otago. Widespread lowering of speed limits will result in MORE crashes, due to growing impatience and frustration, and drivers falling asleep at the wheel.

There is also a covert incentive to lower the limits, which is increasing government revenue with the resultant inevitable outcome of more fines.

The author requires absolute proof that speeding causes crashes and then expects informed readers to accept bland statements such as "I am told that about 50% of the road toll is caused by reckless driving." Really? By who?

I drive a lot and find that all too often 100 kph is considered to be the absolute minimum by many road users. Any attempt to keep to the limit often has the effect of angry tailgating and aggressive and dangerous overtaking. 110 kph is far too fast for single carriageway roads that have been damaged by excessive truck sizes. Think about it - there are no lane dividers for 99% of roads and cars have an oncoming crash speed of 200kph with only a couple of metres space between the lanes. This speed is a death sentence in the case of an accident. Excessive speed going round a corner is especially dangerous.

There a far too many self-interested lobbyists in New Zealand who seem to have free access to the media, whenever they want, to derail any government program that seeks to protect lives. It is time to look at the motivations of these lobbyists in detail.

Interesting viewpoint but completely ignores the facts, indeed rather destroys its own argument."keeping to the limit....dangerous overtaking'. So this would improve with lower limits? Look overseas to see what has reduced the road toll. Better road infrastructure, surfaces and engineering; better road signage; safer cars (not lots of unsafe old bangers); better driver training; more effective policing targetting drink/drug and idiot drivers through technology. Some NZ speed limits are too fast but many are too slow.100k on a gravel road is daft but on a dual carriageway is very reasonable. Drivers need to learn to drive to the conditions, we see examples of failure to do that regularly on Portobello Road.
The only way we will reduce the road toll is to improve the roading to good international standards.