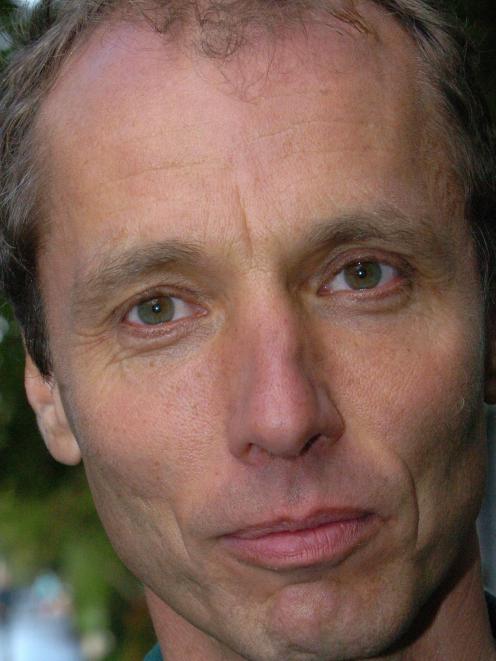 Nicky Hager
Our most memorable dumb-cluckery and venality occurs in private.

We get away with it - as we are entitled to. The starting point of privacy law is that we are allowed to maintain a public face.

Others have no right to know that at home in our castles, we throw profanities at the television, and pay cash to tradesmen.

But should this right extend to a blowhard like Cameron Slater? And cover the bums of politicos fingered in all those seemingly ''guilty as hell'' private emails lifted from his computer?

It's on that deeply philosophical note, m'lud, that I begin the defence of the much unloved editor of the Whale Oil website.

He is the victim of a spectacular, malicious, theft of privacy. To be candid, Your Honour, I'd prefer another client.

Mr Slater doesn't scrub up as your ideal privacy victim. He is himself a notable digger of dirt.

And his blogging is - well, it's unbalanced, far right, crass, egotistic, and scurrilous. In other words, he's a very good read.

As the country knows, his computer was hacked by a techno-type called Rawshark. The hacker's reasons met the highest ethical standards, of course. He considers Mr Slater a p....k.

Rawshark, or someone else connected to the hacking, handed over his stolen emails to Mr Hager, who picked the more politically damaging stuff for his new book, then set a launch date calculated to influence an election.

Dirty Politics? Was ever a tome more ironically named?

And influence it has. We have a minister forced from office, and the chance of the hacked emails being the election's tipping point.

The mainstream media will be blamed for taking up the story. But once Mr Hager's book was public, its content couldn't be ignored.

Mr Hager, the media, et al, can try the good-guy ''whistleblower'' defence. After all, the emails suggest tawdry goings on in government, so they can argue stealing them was for the greater good.

That is convenient tosh, Your Honour. Rawshank was not some conscientious whistleblower risking his job by spilling the beans. He was an outsider with a grudge, intent on harm.

The email ''evidence'' looks awful for the people named, and is hard to put aside.

But the sniff test results on the leaks are troubling.

We can't judge if any material is fabricated. We don't know the hacker, so his character offers no clue to reliability.

We can't tell how fairly Mr Hager selected his material. Many damning lines are actually ''he said/she said'' ones from secondary sources. Despite all this, none of the victims were asked to verify, deny, or explain.

And it is a stone cold certainty that some of the dirty looking private camaraderie in the Whale Oil hacks, is not quite as it seems.

Journalists and their contacts do a daily dance where both sides hold their noses, and pretend to be matey. This helps everyone get on with the job of using each other. Don't sniff. This happens in most business.

Did the checkout chick really care if you had a good day?

Mr Slater is a more minor player, but he won Best Blog, in this year's mainstream Canon Media Awards.

Imagine the (rightful) fuss, and ''threat to democracy'' cries if it was a New Zealand Herald or TV One newsroom which had been hacked, with private conversations between journalists and contacts spilled.

We get buckets of plastic outrage about the most piddling privacy infringements. But in the Dirty Politics case, the parties who benefit don't even pretend crocodile tears.

This attempt to affect a New Zealand election is not built on some minor infringement. It started with a closely planned theft that needed more criminal skills than a safe-cracker's.

Its motive was to cause harm, which it did. And Nicky Hager, the fence who received the stolen goods, has on-sold them to all of us.

He tells us he's also found embarrassing personal material in the emails which - good chap that he is - he hasn't passed on. Mud sticks, of course.

And Cameron Slater, dripping with it, has laid a complaint with police and is trying to get the High Court to fence off the media's reporting. Yes, it seems a bit thick to have Mr Whale Oil wittering on about being nastily hacked. But anyone who'd ever emailed him was also snooped on.

This was a theft of privacy which was malicious, and meant to change our country.

Its origins were without nobility. And if they don't go out and nail it, what's the point of privacy protection and an impartial law for all?

Case concluded, Your Honour. I'm off to sit by myself in the pub.

John Lapsley is an Arrowtown writer.