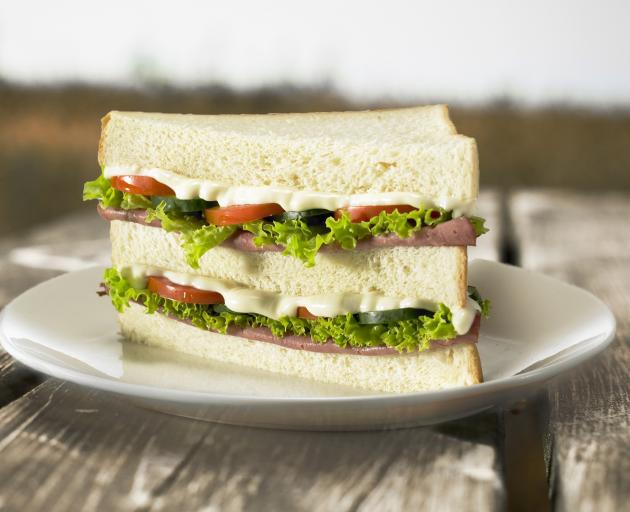 Photo: Getty Images
I shall fudge, and write first of John Montagu, the Fourth Earl of Sandwich. This is because there is a second sandwich matter which I must approach more gingerly, and only after first donning scrubs, gasmask, and rubber gloves. And so. -

Earl John was not a good man.

He spawned nine illegitimate children via an Opera singer, who was then murdered by Sandwich's rival lover.

When the Earl informed the actor Samuel Foote that he (the thespian) would die via either the pox or the hangman's noose, Foote's reply mirrored popular opinion. "That will depend on whether I embrace your Lordship's mistress or his principles," snarked Foote.

In politics, his Lordship was a Whig, the Minister for This and That, the Ambassador to Dutchmen, and so frequently became the ex First Lord of the Admiralty, it was hard to keep count.

During one stint with his paw on the tiller, the Earl of Sandwich decided the American War of Independence was a sideshow that warranted little attention from the British navy.

His ships went elsewhere, as did Britain's largest colony.

While it is nowhere claimed that the earl was a sandwich short of a picnic, when he expired in 1792 it was remarked that: "Seldom has any man held so many offices and achieved so little."

How then, did this aristocratic clod - this monument to inept privilege - invent the most important piece of cuisine to precede the cheeseburger?

I speak, of course, of the snack which bears his handle - the sandwich.

The Earl of Sandwich was given his moment of genius one evening in 1762, while midway through an all-night card game.

He was hungry and doubtless realised the difficulty of setting down ten tricks while bearing a ladle of mulligatawny soup in one hand and a juicy badger pie in the other. (I believe the Whigs pied badgers, but will consider other opinion).

Rather than pause his gluttony, the Earl summoned his chef and directed that the man place a wedge of roast beef between two slices of bread. This, Sandwich reasoned, meant he could hold his Jack untroubled by knife and fork, and eat with his fingers without slurping hollandaise over his pair of Queens.

His invention became quite the rage, received his name, and (it may be argued) made the 24-hour casino possible.

The Earl had not the wit to realise the same bread could house a delicious combination of smoked salmon on peppered cucumber, or perhaps Marmite and Chesdale, plus a slice of lettuce to give it more crunch.

And so to the matter I can no longer avoid.

I have been diagnosed with an intestinal bug for which the scientific term is: "Something-or-other difficile." The scholarly will deduce that as per the Latin difficile, the innards of Wit's End are presently plagued by something "difficult").

To explain in layman's terms, there are many days on which I could gently sprinkle petals o'er the lea, or sit quietly in church causing no offence. But there are others on which President Trump could dispatch me to carpet bomb Baghdad. These are not comfortable.

Last week my doctor, a person of kindness and wisdom, decided there'd been enough hot air. It was time for a specialist.

We're all the same. Faced with something medical, we sneak on to Google, and ask a question such as "How may a specialist cure your difficile?"

There are times it may be better to ignore the internet. In a fog of terror, I ingested the blurred impression that Wikipedia believes the likely cure for my burbling gut may be "the faecal implant".

This requires a messenger be sent forth to seek a suitable donor of faeces. This benefactor (I read) should match me in obvious ways, but also bear no recently inscribed tattoos, must lead a life of relative sexual purity, and will not have been recently freed from jail. He/she/it/ will not have taken antibiotics during the past six months.

On reading all this, I slammed down the computer lid, and tottered to my bed, where eventually, I slid into a nervous sleep. Then, shortly before dawn, I was disturbed by a nightmare. Montagu, the Fourth Sandwich came to me bearing a silver platter, and an unsavoury smirk.

"It's taken me years, but I've finally invented my second sandwich filling," he said, pointing at a noisome, nose curdling sludge.

"It's healthy, very tasty, and terribly good for you. Doctor asks, would you prefer your implant served on white bread or brown?"

Trencher. It was the trencher of the middle ages made manyfold in the Age of Revolution. The Lord's Lackadaisy left the Navy inadequate for the American Revolution. We're not game to cavil, but Calvinists don't know what 'gaming' is.