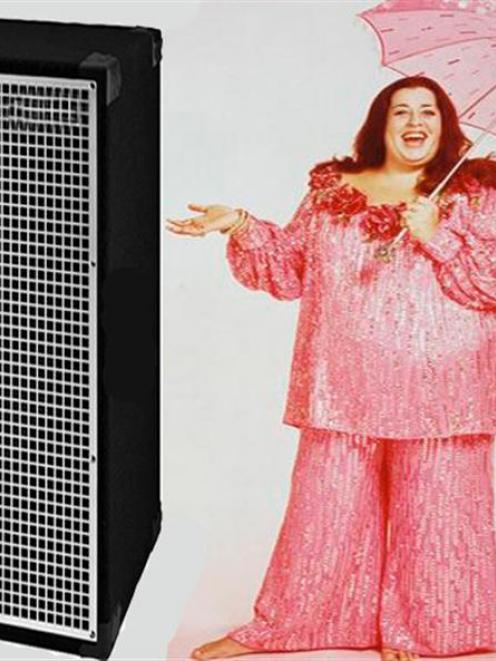 Most rational etymologists agree if you want a word that seriously addresses all that is important in the layered depth of life, that word is heavy.

Heavy. I am reminded instantly of a customer I had at Records Records, who, at 12.10 every day, would come in and hold up an album asking if it was heavy. Or, to obtain perspective, whether it was heavier than the one he had held up the day before. I decided to name him, just between me and myself, under the breath, Heavy.

You may wonder why I am speaking of a man who may have been five arrows short of a quiver if we are discussing the layered depth of life, but I can only point towards the myriad of evidence we have been given in recent years about people who can't tie shoelaces but can multiply eight-figure numbers in their head, who walk into trees sideways but can recite the entire written work of Barbara Taylor Bradford backwards. The human brain is a rare and eyeball-splittingly unpredictable thing, and I can only conclude that Heavy is almost definitely the most intelligent person I have ever met.

But the word heavy really hits its straps in the world of design. As a child, I was told the heavier an object, the higher the quality, whether it was a car or a camera. Unless it was made in Russia, where everything was heavy and nothing worked. In those times of raging cold wars, my father stubbornly held this theory tight to his chest. As a devotee of music, he felt he should have the most impressive hi-fi system in town, so using his contacts at local radio, he gradually assembled all the parts. These were the days of mono. Trains flim-flamming from one speaker to another had yet to hit the marketplace, and he finished up with one giant speaker in the corner of the lounge bulging with tweeters, woofers, concrete and sand. It was as wide as Mama Cass and slightly taller, so heavy it had to be assembled on the premises.

I had heard this speaker at moderate volume and it was frightening. And this was for Lena Horne or Horowitz, not something that would realty stiffen its spine, something with guitars.

One January weekend, when the rest of the family were still on holiday, I organised a Saturday night party. This was how we lived: empty house meant party, no ifs or buts. My binge-drinking school-friends arrived almost before I had returned the phone to its hook, and, as you would expect from teenage binge-drinkers, the call soon went out to play table tennis in the basement. There were no girls there. We weren't very good with girls.

I was in the process of demonstrating how much spin one could put on a table tennis ball when from the lounge above came a sound I can only compare to a Panzer tank trying to drive through my head. It was the opening chord from Paul Revere & The Raiders' Just Like Me, coming through the floor at 140dB.

I was in the lounge within seconds, where the boy who would later be best man at our wedding, was dancing in a frilly pink Kinks shirt, a very strange expression on his face, and using dance steps he later claimed were straight from the stage act of Mick Jagger, my dad's speaker shuddering in the corner.

What a magnificent sound it was! To this day I have never found a finer definition of how far the word heavy really can travel. The speaker never had any high frequencies after that night. I presume the rows of tweeters were blown to pieces, but my father had smoked 80 cigarettes a day since childhood, the hard stuff, Lucky Strike, so he couldn't hear anything about 8000khz. I was safe from the deserved beating.

I am contemplating a new stereo system to match my very heavy JBL speakers, to replace a central unit I can hold in one hand. I am looking for something Russian.