Wisdom of certain age from the High Sierra 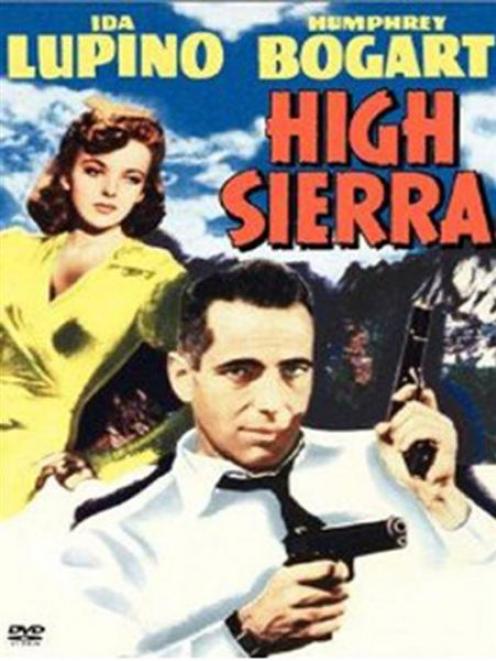 A semicircle of eager faces bore down on me as I trawled through a lifetime of searing near-death experiences in pretty much every medical field so far discovered.

I have done this before many times.

It is a kind of ethically acceptable bragging, except I am not talking to eager faces and cocked ears about winning an Oscar or an Olympic gold medal, key issue, How It All Came About, but rather reeling off five-syllable disease words of Greek derivation, and boasting, there is simply no other word for it, how many pills I have ingested and how many times I have gone under the surgeon's knife and come out the other side with a winning smile.

For this I receive New World supermarket vouchers of extraordinary usefulness in these trying fiscal times.

It was in fact probably, and why would I exaggerate when the subject is near-death, the most enjoyable week I have had this year.

Except for one painful moment which drove deep into my heart as if thrust there by a burning fork.

''Describe the patient,'' said the tutor to his students during one of the sessions.

I waited for the tutor to throw him out of the room.

There is after all a thing called bedside manner, and I still go and watch rock bands and eat lollies.

I am many things, but not old.

And then I remembered the other sessions I have done there where I have referenced the '60s, surely the finest era of them all, and wondered at the quizzical, often blank faces that greet such memories.

So I had no compunction popping into an entertainment store after the third day and buying a 1941 DVD, High Sierra.

If I am to be already considered old by tomorrow's doctors, then I will buy old things.

I will stop trying to keep up. I mean, who wants to be in a LOOP?

It was a wise decision.

This movie is truly exceptional.

It is about a man who steals, Humphrey Bogart, who plays a dashingly dangerous cur called Roy Earle.

Now there aren't many Roy characters in movies and television - wonky Roy Cropley in Coronation Street is the only one I can think of - so I would have bought High Sierra for this reason alone.

Even better-named, though, was the female lead, Ida Lupino, surely the finest actress name in the history of film, this one fair reeks of bad and beautiful.

The plot is sublime.

Bogart, inbetweenst planning a robbery the minute he is released from prison, quickly falls in love with Maria (Ida Lupino) and Valma, who has a club foot.

Valma's pa says his daughter has a boyfriend back home, but he is in insurance, and a man in insurance and a woman with a club foot just don't seem right. Brilliant.

Bogart pays for an operation to have the foot fixed and Valma is suddenly dancing all over the screen like a Ziegfeld Follie.

He proposes, she says no, and weeps like a waterfall as Bogart heads out to do the robbery to get the cash to pay for the operation and then get chased by the cops with Lupino and her dog, played by Zero, superbly, in tow.

He dies atop the High Sierra mountain after a car chase and lots of lead, Ida sobbing uncontrollably beside his bloodied body.

Despite Bogart digging his words from a deep trough at the very back of his mouth, as he always did, this is fine demi-film-noir.

Ida Lupino is magnificent, even though she despised the way Bogart spoke to her off-camera, and refused to ever work with him again.

High Sierra is for mature audiences. No third-year medical student could possibly understand its resonance and depth.