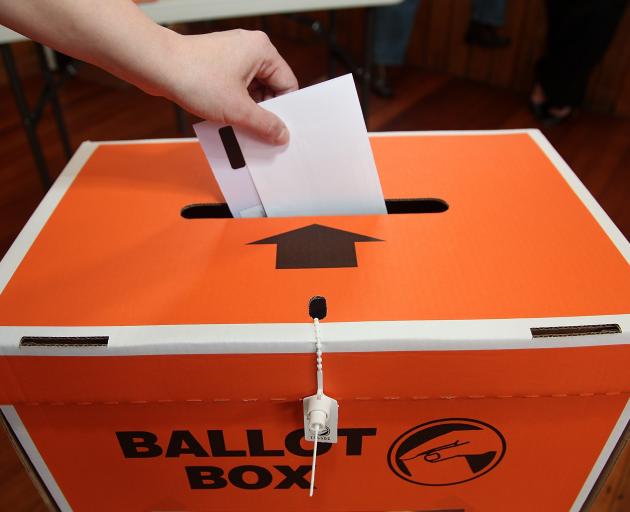 File photo: ODT
A trickle of nominations for next month’s local body elections has prompted councils around Otago and Southland to call for prospective candidates to "get a move on" and put their names in the hat.

Nominations close at noon next Friday and the number of nominations received is climbing slowly.

Dunedin City Council deputy electoral officer Clare Sullivan said it had received four candidates for Dunedin’s mayoralty and 20 for the 14 other seats around the council table, but just seven for 36 community board seats.

The Saddle Hill and Strath Taieri Community Boards, which together have 12 seats to fill, were yet to attract a single candidate, she said.

"We know there’s still plenty of nomination forms to come in, so we’re encouraging everyone to get a move on and get their paperwork in to us as soon as possible.

"We know that people often leave it until the last minute — that isn’t unique to Dunedin — but we’re already discovering mistakes in the nominations we have received.

"The risk is potential candidates could miss out altogether if they file a nomination on the last day, only for us to discover a mistake that can’t be fixed in time."

However, three people had been nominated for the four available seats on the Wanaka-Upper Clutha Community Board.

QLDC electoral officer Jane Robertson said there were not enough nominations to fill all the roles available, and she hoped to see more nominations come in over the next few days.

"If nominations don’t fill up by the closing time, then a by-election [costing about $60,000] will take place immediately after the election.

"In the case where nominees put themselves forward for a role and there is no competition, the nominee would automatically be appointed."

In Waitaki, just one nomination had been received for mayor — that of incumbent Gary Kircher.

"With the opportunities and challenges facing communities and the amount of change happening, never has it been a more interesting or exciting time to stand for your local council," he said.

The Clutha District Council has received two mayoral nominations, and eight nominations for council and its two community boards.

CDC chief executive Steve Hill said that at this point prior to
the 2019 elections, 14 nominations had been received.

He said it was important for more people to consider standing.

"This is an opportunity to put yourself forward to be part of the governing bodies that help to shape the future of our district," Mr Hill said.

"You don’t need formal qualifications and elected members come from all walks of life.

"If you see yourself as a potential leader, who can represent the voice of the community, then now’s the time to act."

The Central Otago District Council has had one nomination for mayor, five for the 11 council positions and four for the 16 community board positions.

"Most candidates tend to leave lodging their nominations until the last 10 days, so the slow start wasn’t unexpected.

"Council has so far processed four nominations for mayor and six for council, and no-one had been nominated for the Bluff Community Board.

"We’re really hoping to see some of the passionate members of our Bluff community step forward for these crucial roles."

Voting begins on September 16, and closes at noon on October 8. Results are expected to be released later that day. 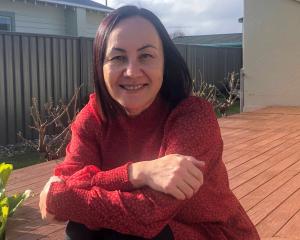