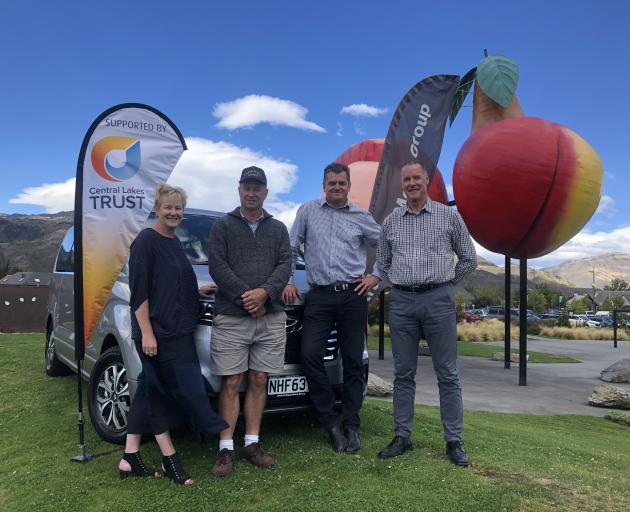 A further $38,250 goes to the Wanaka Bowling Club for replacement of artificial turf, and operational grants of $27,000 and $28,625 go to the Central Lakes Breastfeeding Charitable Trust and Central Otago Friendship Network respectively.

Some $22,765 has been granted to the Yami Sounz Summit Festival, and $20,000 each for the Clyde Hall kitchen and bathroom renovation and the Wakatipu Music Festival.

The Cromwell Lions Club community van upgrade is the next cab off the rank with $15,000.

The club, with Central Otago Motor Group, has provided a safe transport option for small community groups to travel to sports, cultural and other events over the past 12 years.

The van was originally purchased with assistance from the Central Lakes Trust and a sponsorship agreement with Central Otago Motor Group.

Club president Russell Fowler said groups were only required to pay for the fuel and give the van a clean after use.

The remaining costs were picked up by the motor group, Cromwell Tyres and the Cromwell Lions Club.

About 20 community groups used the van on average about eight times a month.

"It’s been a great community asset that we were eager to see continue."

Mr Fowler encouraged other community groups to get in touch with Central Otago Motor Group to make a booking.