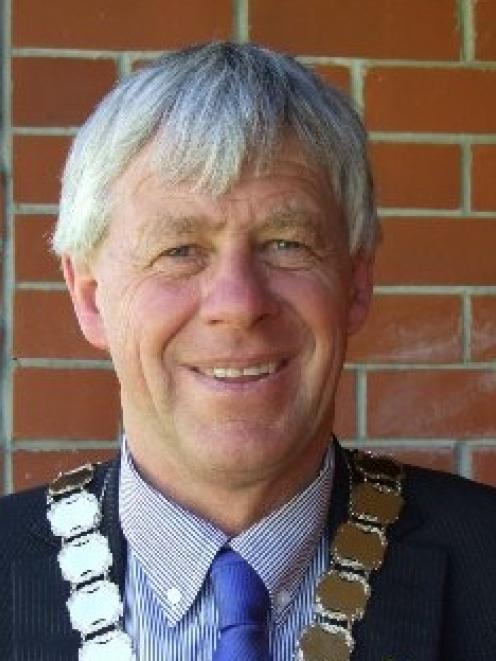 Tony Lepper
Strong criticism of Central Otago's draft local alcohol policy by a health professional this week prompted the district mayor to claim his council was being ''bullied'' about its stance.

The policy was ''misleading'', gave the impression there was no alcohol-related harm in the district and largely ignored the advice of health professionals, medical officer of health for Southern District Health Board Dr Derek Bell told the council.

''It's regrettable that this is the first opportunity I've had to give input into the wording,'' he said.

Dr Bell was one of 20 submitters on the policy and one of 11 who aired their views to the council on Wednesday.

He said the policy failed to build on the new legislation's purpose, which was to minimise or reduce alcohol-related harm.

Dr Bell was trying to deliver a message to the council about the harm caused by alcohol when the message should be going to someone else - central government, Mr Lepper said.

Dr Bell conceded the council had been given a ''hospital pass'' as a result of the new alcohol legislation but said the council needed to give more background in its policy.

''The way it reads now is there's not a lot of [alcohol-related] harm here,'' Dr Bell said. The matter was heard by the council's planning and environment committee. Its chairman, deputy mayor Neil Gillespie, said he believed the policy was appropriate for the district.

''The issues we have with alcohol harm are not the same as Queenstown-Lakes, for example; we're not Queenstown.

''The input we had about our old policy was that it was kind of OK and the police kind of backed us, so we're trying to do the best we can with it.''

The submitters were all either licensees, agencies, advocacy groups, hospitality industry representatives or health professionals.

Hospitality New Zealand Central Otago branch said pre-loading, side-loading (in hotel car parks) and post-loading (at home, in cars or in public places) of cheap, readily available alcohol was the real challenge and should be the focus of the council's policy.

Most submissions revolved around the hours alcohol could be sold. Some asked for reduced hours for on- and off-licence holders.

Special licence-holders can sell alcohol from 7am to 3am the following day.

Hessel Van Wieren, on behalf of the Cromwell Youth Trust, said seeing children as young as 10 or 12 with access to alcohol was concerning.

He asked the council to curb the availability of alcohol by making closing times earlier for those with on- and off-licences.

Council staff will report back to councillors at a later meeting with any amendments to the policy.