A Central Otago space research centre has been tipped as a game changer for Alexandra after it was announced this morning it is to be funded as a regional research institute. 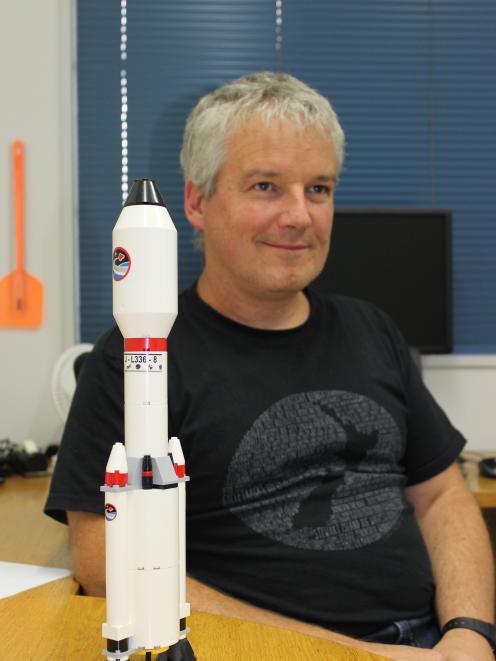 Science and Innovation Minister Steven Joyce made the announcement at a breakfast meeting in Alexandra.

Mr Joyce said the New Zealand Research Institute of Viticulture and Oenology in Marlborough had been chosen as the first new regional research institute.

It will be based in Alexandra and have offices in Dunedin, New Plymouth and Lincoln.

The centre would research irrigation and agriculture, snow and ice, oceans and atmosphere, regional planning and hazard management, data telemetry and forestry.

Central Otago Mayor Tim Cadogan said he would "put this up next to the gold rush".

"The whole time through the recent [mayoral] campaign the thing we all got told was do something to stop our young people leaving, give them some thing to come back to. Well now we've got it."

It would create about 70 to 80 jobs, half of which would be in Alexandra, and boost the Alexandra economy by an estimated $2.8 million to $3.6 million a year in its first three years.

Greg Bodeker, director of Bodeker Scientific, said he was "very happy" the proposal was successful.

''A lot of people have put in a lot of time. I'm happy for myself, but I'm even happier for the large group.

Mr Joyce said the CSST, would establish an international satellite data exchange and collaborate with leading researchers and businesses, both here and abroad, to design, build and launch New Zealand’s first fleet of cube satellites.

The Government will provide funding of up to $14.7 million over four years for the new institute with additional funding from industry, and it will operate as a private, independently governed organisation.

“In its proposal to establish a Regional Research Institute, CSST presented a strong business case that will support the development and growth of New Zealand’s space economy by filling critical gaps in the collection and processing of New Zealand’s satellite data,” Mr Joyce said.

“A standout aspect of the proposal was that CSST will also have research hubs in Dunedin, Canterbury and Taranaki, further encouraging R&D and innovation in regional New Zealand – a key objective of the Regional Research Institute initiative.”

Dr Bodeker said CSST would be open to every organisation that wanted to benefit  from space-based measurements.

The CSST is the second successful proposal under the initiative following the launch of the New Zealand Research Institute of Viticulture and Oenology (NZRIVO), based in Marlborough, in October.

Twenty-four proposals were considered before the number was narrowed down to three.

A shortlisted proposal by Earth+Vantage, based in Southland, which proposed undertaking research using real time satellite and ground-based data to lift primary industry productivity was unsuccessful in its application but will have the option to put forward a proposal for the second round of funding.

An additional sum of $2.3 million has also been set aside for technical collaboration between CSST and Earth+Vantage if this proves possible.

Applications for a second regional research institutes funding round will open early next month.

The Government has earmarked a total of $65 million to fund this regional initiative.