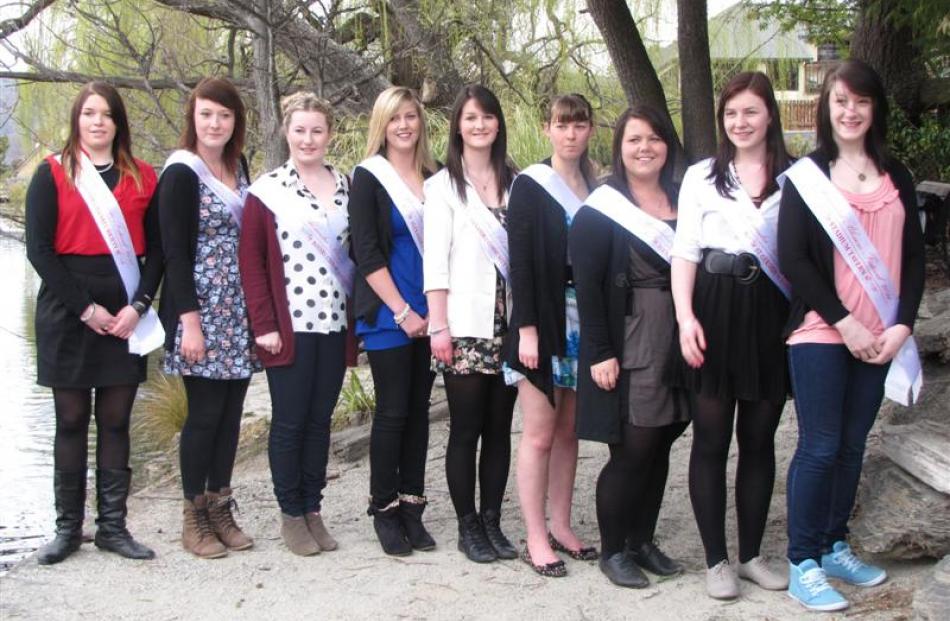 The nine 2011 Alexandra Blossom Festival princesses assembled for the first time yesterday for a photo shoot and although it was not an official engagement, the judging began.

The nine Blossom Festival Queen hopefuls were assessed by judges Bruce Johnston, Joy Watson and Amy Scott on how they presented themselves to the camera and how they interacted with each other.

Mr Johnston said they were a "good friendly bunch".

Mrs Watson said the girls were "very relaxed and quite confident in themselves".

Ms Scott said they were "genuine" and "very friendly" which was "a good reflection of Alexandra".

Princess convener Dianne Elliot said the official judging would begin on September 18, then the group would appear at the Senior Queen contest on September 20 and at the Blossom Festival Art Exhibition the following day.

She said they were also hoping to get the girls to talk on the More FM breakfast show and they would also appear at the mardi gras on the Friday evening.

The 2011 Queen will be crowned by last year's Queen, Rosie Whiting, who represented St John Youth, after the float procession on Saturday September 24.

Blossom Festival event manager Martin McPherson said though there were only nine competitive floats, "about six more" would be in the procession.

Though that is six fewer competitive floats than last year's 10-year record of 15, Mr McPherson said it was comparable to other years.

"Some organisations like the Fire Brigade only enter floats every second year, so I'm not surprised about the number," he said.