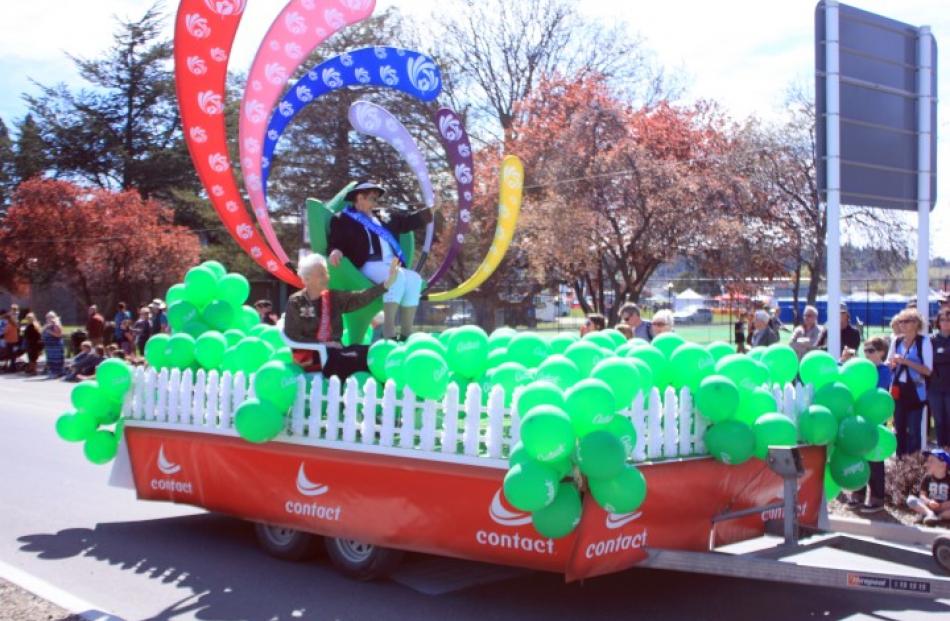 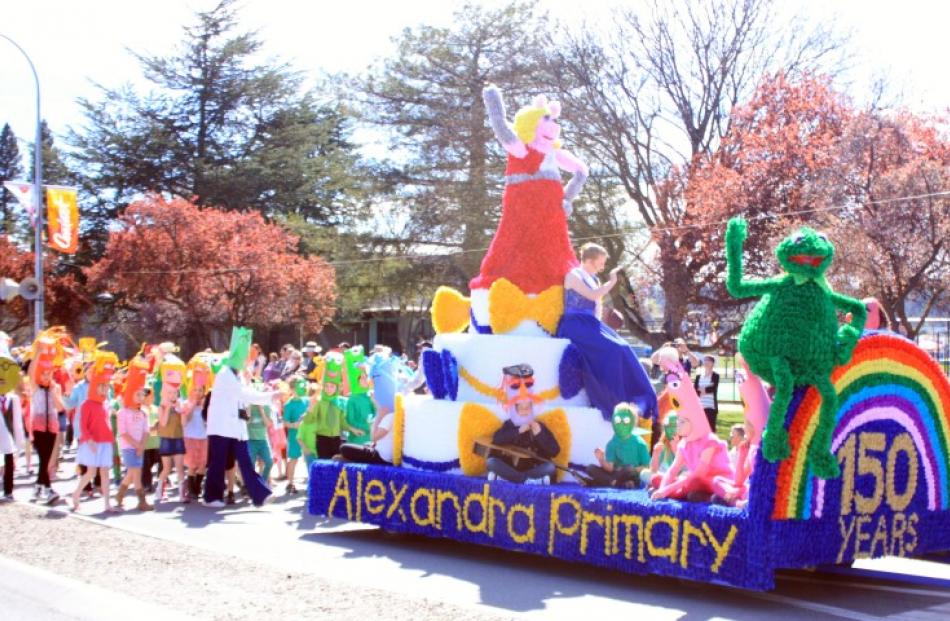 Thousands of people packed the streets of Alexandra and Pioneer Park for the Blossom Festival grand parade and Saturday in the Park today.

Under sunny skies, and a temperature in the high teens, spectators turned out to watch the nine floats in the parade, with the Blossom Festival princesses and senior queen aboard.

Themes for the floats included "Lego movie", constructed by the Alexandra Men's Shed, "Frozen", a joint effort by the area's three Lions clubs, and the Alexandra Musical Society's "All Shook Up" float.

Also featuring were about 27 brightly decorated florreys, a new addition to the parade this year, and a cross between shopping trolleys and floats.

Following the parade, people packed in to Pioneer Park to sample food and drinks, enjoy carnival rides, and listen to live music.

Despite an increasing southerly wind, and a drop in temperature to about 12 degrees by 4pm, a large number of people remained at the park for the announcing of the winning floats, and the crowning of the 2014 Blossom Festival Queen.

The Blossom Festival continues tomorrow with a numbers of events, including the Thunder Sunday Drag Racing at the Alexandra Airport, the Linger and Die XC race, and the Alexandra Musical Society's production, "All Shook Up".