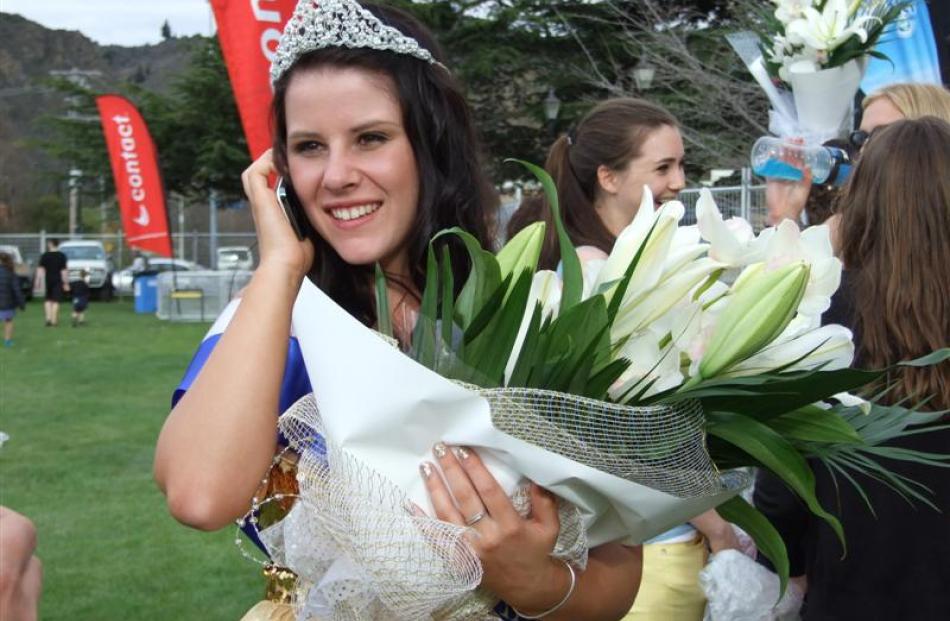 A bumper crowd, perfect weather, lots of happy smiling faces and few arrests - the stars all aligned this year for the 56th Blossom Festival's main weekend.

Event manager Martin McPherson was elated - "to say I'm pleased would be a massive understatement".

He estimated about 15,000 people lined the streets to watch the festival parade on Saturday, and about 9000 of them came into Pioneer Park afterwards to enjoy the afternoon entertainment.

"The crowd looked the biggest it's been for several years and all the pieces of the jigsaw seemed to come into place," he said.

The biggest two days of the festival also enjoyed calm, fine weather, the temperature hitting 20degC on both afternoons.

"The atmosphere is so happy and people were buzzing about the parade and then enjoying all the entertainment in the park afterwards.

The parade, the best I've seen for a long time, certainly set the scene for a positive day."

The Alexandra Volunteer Fire Brigade's float entry - a "life-sized" replica of a fire engine - was a crowd pleaser and won the people's choice award.

It was called Fireman Sam to pay tribute to the late Sam Corrigall. Mr Corrigall, who died last month aged 92, was the caretaker of the fire station.

He lived in the station house for more than 40 years and kept the building and its gardens immaculate.

More than 25,000 crepe paper blossoms were used to make the float, which took about a month to complete.

The floats featured a wide range of themes, from IceInline's iced-over dam, complete with ice skaters, through to the Alexandra and Dunstan Lions Clubs' entry, which depicted a rainbow ending in a giant gold pan, marking the discovery of gold in Central Otago 150 years ago by Horatio Hartley and Christopher Reilly.

A float comprising a giant "wobbly duck" toy trailing two ducklings struck a chord with the younger festival-goers, as did the Dora the Explorer float.

Another float, titled An Alex Icon, brought Alexandra's pie cart back to life. The pie cart was destroyed by fire in May.

Dunstan High School pupil Ellie Trask (18) said she had "the shock of my life" by being chosen as the Festival Queen.

Twelve young women vied for the title of Festival Queen.

Contest judge Paul Rillstone said he and fellow judges Lesley Middlemass and Trudi Hull were "blown away" by the standard of contestants and what the girls had already achieved in life, even though they were only teenagers.

It was a difficult task to select the winner, he said.

As well as the park-focused events, many community arts and crafts groups around Alexandra had displays over the weekend. Most of those exhibitions remain open this week.