Board votes to fluoridate Ranfurly water 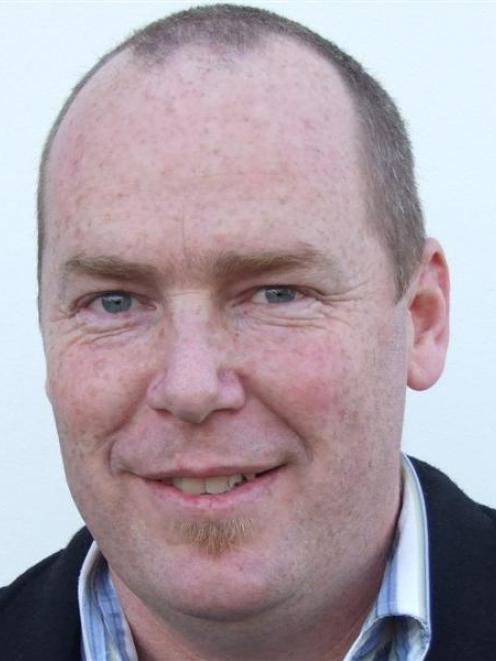 Russell Bond
The Maniototo Community Board yesterday agreed to introduce fluoride to Ranfurly's town water supply with all but one board member in support.

It is a controversial issue within the community, as was reflected at the meeting.

Board members debated the issue.

Then there was a period of silence when chairman Barry Becker called for someone to move recommendations put forward in a report from Central Otago District Council water services manager Russell Bond.

Those recommendations were to either discontinue the investigation into the installation of fluoride or agree to it.

Board member Diane Paterson, who moved the recommendation to introduce fluoride, said statistics from the school dental service showed the oral health of Maniototo children was well below that of children living in towns that had fluoridated water supplies.

Sue Umbers, the only board member who opposed the recommendation, said fluoride tablets were accessible and cheap.

"We're talking about everybody getting it whether they want it or not," she said.

Board member Mike Summers said it was probably up to the the public to decide.

"If the Maniototo people supported this then let's go for it," he said. 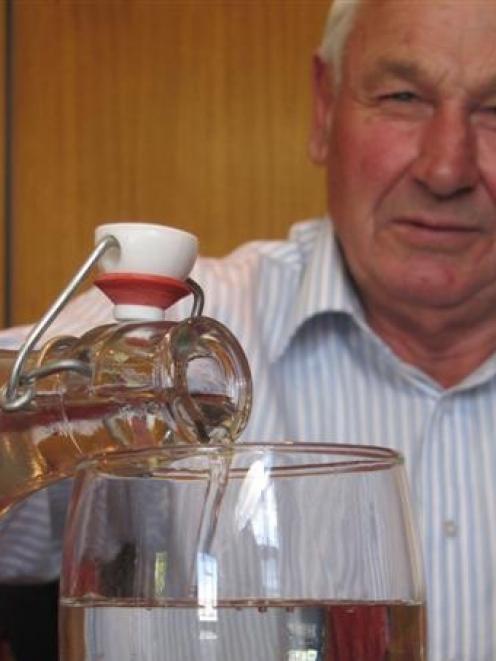 Maniototo Community Board chairman Barry Becker pours a glass of water after the board discussed the controversial issue of water fluoridation. Photo by Sarah Marquet.
The public voted on the issue in a referendum, requested by the Otago District Health Board, held during local body elections in 2007.

Central Otago community boards considered the issue the following year. In Maniototo, 385 people voted for it and 323 against; 110 people did not answer. This almost equal split also occurred in the Alexandra and Roxburgh wards.

Most voters in the Cromwell and Earnscleugh-Manuherikia wards favoured fluoride.

The Alexandra, Cromwell and Roxburgh boards opted against introducing fluoride to their town water supplies.

In his report, Mr Bond said the 2007 referendum was "open to all ratepayers ward-wide, and not just the drinking water supply consumers" which meant the results needed to be "treated with some caution".

The matter was brought before the board again as Ministry of Health subsidy budget delays had held up attempts to introduce fluoride to Ranfurly's water supply since 2008.

Funding from the Ministry of Health is now available for 100% of the cost of installation of the fluoridation equipment on the condition that the community agrees to continue fluoridating for 10 years.

If the 10 years is not met, the money is required to be repaid on a pro-rata basis.

In his report Mr Bond said the Clutha District Council did not get the money for capital works, which cost $25,000, until their system was fully operational.

It was expected to cost a similar amount for installation in Ranfurly which would be funded by Central Otago council until it was operational and the board could apply for the funding.

Mr Bond said according to running costs provided by the Clutha council the cost would be equivalent to $10-$13 a year a connection.